“Show heart. Stay determined. Endure the wild.”, are the words of one of the finest adventurers’ and survival instructors the world has seen and known, the mighty Bear Grylls himself. These are the man’s tips for survival, something that the participants of the Fiji leg of the recent Eco Challenge had to put to use when they were themselves put to test.

So, you’re getting the hot cup of tea ready with some snacks to settle in for a binge-watching weekend. Any thoughts on what you might watch? Is it going to be a romcom for those warm fuzzy feelings? Is it going to be a thriller because these days you dabble quite a fair amount into conspiracy theories? 😉 Well, may I just suggest a doze of adventure? You know, a lot of times we may not be experiencing an adventure on our own but the magic of powerful cinematography is to create something so real that it makes us feel alive even while we’re being couch potatoes, where the hair on our skin rises and we pump our fists in the air and go through a whole array of emotions while we see the ones of adventurers unfurling on a screen. And that I think if the beauty of reality television of an adventurous kind, the intensity of it strikes us when we see the landscapes switch from a scenery to a daunting maze. I guess that’s why we get hooked because we want to see, actually not just see, but whole-heartedly root to witness our fellow humans push themselves to unexplainable limits and conquer all that comes their way.

The World’s Toughest Race: Eco Challenge Fiji aired online on August 14th. And hey hey, if you’re worried that I may end up spilling the beans to you, then don’t worry this is a spoiler free piece! In fact, I’m yet to reach the juiciest part of the show myself, i.e., the finale. So, while I write this, I’m smitten by the raw thrill it showcases and waiting eagerly to see it unfold. 330 competitors made up 66 teams representing 30 countries and participated in the race’s latest edition.

What: An adventure reality show covering a gruelling and demanding race.

And who better than the adventurer Bear Grylls himself to host this show as he guides and observes the participants take on these unimaginable feats. The 46 years old has donned the roles for many adventure-centric shows but for this one in particular he says that, “We’ve never hosted or put together a show of this scale and ambition before; seeing humans at such their physical, emotional and mental limits was so incredible and inspiring. We didn’t know if people were able to finish it.” This only goes to show the scale of this race. Now for the ones who have already seen the Fiji edition or are all set to see it, there is some exciting news. The second edition of this race has already been announced! Yes, the race will now once again be held in 2021 (either in late February or in November) and they have opened up their counters for applications!

This time this epic race will be held in Patagonia. Where is that? It’s a meagrely populated region in South America nestled between Chile and Argentina. What makes it so special? It is home to jagged glaciers, snow-capped peaks and icy blue lakes. Adding both beauty and intrigue to its terrain are also thick and deeply dense beech forests. Not only is Patagonia immensely beautiful but it also has nature’s many vistas in its lands and thus, it becomes quite the favoured location for the race’s next edition. The fact that its not very popular with the crowds yet also makes it ideal for hosting an event of this scale. And this time the thrilling competition should involve trekking, rope climbing, kayaking, mountain biking, horseback riding, glacier travel and lots more!

Who can apply?: Interested candidates have to firstly send across their resumes. The specific details of it are available on the Eco Challenge website but the crux of it is that of course, it isn’t your general resume but an adventure resume! Of all the thrilling sports you have taken on and the things you have gone on to accomplish through them.

Qualifications needed: It isn’t sufficient to have taken on adventures in the past, the Eco Challenge has their own set of certifications which participants have to obtain. This includes:

Distance and Duration: 500kms over 10 days

Team Composition: At least 3 members of one country amongst the 4. And at least one member of each gender. Also, there is one assistant member who helps bring supplies to the team at strategic points.

To add to this, the only things that the participants are allowed to carry other than the gear handed to them for specific activities, is a map and a compass. Yes, you heard that right, say goodbye to smartphones and GPS. So, this journey has to be taken on sans Google Maps! Thus, while the challenges at every stage come out to test one’s physical prowess and capabilities, the route and other aspects come into play to test one as to how they think on their feet, keep their cool at all times and more. Another aspect of this race which I quite like is how the race can only be competed with all members. Should one member injure themselves or decide to quit, the team cannot proceed further. This is crucial because when the fatigue sets in people start to lose their cool and this is when the actual bond of a team comes to be defined. Because it isn’t simply about performing a task well, it’s about how you figure out your course, how you weigh in the state of your team members and play on each other’s strengths while accepting each other’s weaker points as well, it’s about working together in every way. And only then can you actually go on to hold the coveted title and win.

So, now that the applications for the Patagonia challenge are open, are you in to participate?! 😉 Or who are the adventurers you know of and admire from our country who you reckon could make India proud in this jaw-dropping race next year?!

In the meanwhile, get your weekend binge mood on with season 1! 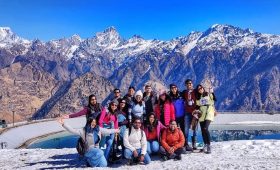 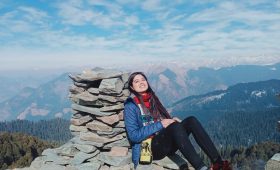 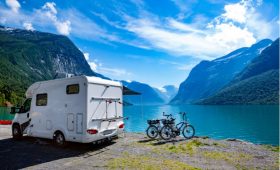 Caravanning Across India – What? How? Who?