We talk about Italian and French cuisine, and drool for the variety of food that London offers us. But have you ever imagined Europe and think of the Norwegian cuisine? Norway is a postcard perferct place which might be on top of your bucket list. But I am sure most of you won’t have heard about the food served in this mountain country. Read more to know about the food you should try here:

Kjøttkaker or kjøttboller are traditional Norwegian meatballs. Even though they share many similarities to their Swedish counterpart, they are usually larger in size and more often shaped as meat patties or meat cakes. This simple dish is common throughout the country and many families eat it weekly. Minced meat is seasoned and kneaded with a variety of ingredients, such as onions or rusk, before it is formed into small cakes and pan-fried.These robust meatballs are usually served with either mashed or boiled potatoes before being drizzled with a cream sauce or a hearty gravy. On some occasions, this meat delicacy may also be served with the side dish kålstuing, made from creamed cabbage. It’s best eaten homemade, but you can also find some gourmet versions in restaurants, and if you’re lucky maybe you’ll get invited for dinner hosted by a Norwegian person.

While walking the streets of Norway, you’ll come across hotdogs which are called Pølse. But these are not our regular hotdogs. The Norwegian version with a sausage in potato pancake is more traditional and unique. They’re teeming with toppings, which can be customized according to your every food whim. Try them wrapped in lomper, a thick, tortilla-like potato pancake, or get one topped with potato salad, sliced mushrooms, crispy fried onions, or pickles. Norwegians eat a lot of Pølser. They eat them at Norwegian supermarkets, convenience stores and food halls at all hours of the day and night. You should also grab one while wandering through Norway. Maybe it will become your go to street food as well.

The most popular cheese in Norway technically isn’t cheese at all. Brunost is created when producers boil goat milk whey until it caramelizes into a brown cheese-like substance. It’s typically eaten on sandwiches or crispbread. You would see locals enjoying it on a regular basis. Some people even eat the unique brown cheese every day of the week as part of a traditional Norwegian breakfast or as an energizing snack. You can taste this Norwegian specialty in one of the cafes in the country.

Norwegians love to preserve fish, taking part in a tradition that goes back to life before refrigeration, when fermentation was a great way to safeguard the catch. Lutefisk is one such variation involving cod soaked in lye, a powerful chemical used in food curing, among other things. Lutefisk is a pretty intense dish, and it’s certainly not for the faint of heart. It’s most commonly eaten around Christmas time. After it’s been cooked, the lye-treated fish is served with an array of side dishes. In Norway, it is typically served with boiled potatoes, mashed green peas, melted butter, and pieces of fried bacon, whereas a side of white sauce in combination with previously mentioned boiled potatoes and green peas is the traditional choice of Swedes and Finns.

You need something warm to survive the long and harsh winters of Norway. Farikal is the best comfort food in those times. Commonly found in more western parts of Norway, this robust mutton stew, made up from only a few ingredients, is relatively easy to prepare. The only ingredients required are mutton and cabbage, with peppercorns and salt for seasoning which are then layered together in a large pot. Covered in water and cooked until the meat is tender, fårikål is conventionally served with a side of potatoes. The dish is so popular, that there is even a Fårikål Feast Day celebrated on the last Thursday in September each year.

Talking about comfort food in winters, here is one more dish for you. Fiskesuppe is a popular Norwegian fish soup characterized by its creamy texture and buttery flavor. This comforting dish appears in many regional and seasonal versions, but it usually consists of various types of fish, shellfish, and root vegetables, cooked in a rich broth with butter, milk, and cream. Even though it is native to Norwegian coastal areas, this hearty, chowder-like soup is considered to be a national specialty which is prepared and consumed throughout the country. Before serving, it is seasoned with a variety of fresh herbs and a drizzle of tangy lemon juice. Fiskesuppe is enjoyed as an appetizer and is usually accompanied with crispy slices of buttered bread.

Christmas is celebrated with snow, Santa and Pinnekjøtt. Pinnekjøtt is the main dish served at Christmas Eve and consists of air-dried ribs from sheep. The ribs are rehydrated, steamed over birch sticks and served with mashed potatoes. It originates from the rolling valleys of the west coast where cattle farming is all but impossible yet sheep are plentiful. The rich, salty taste is balanced by the inherent sweetness of the kohlrabi, which makes the dish rounder in flavour.

Speaking of Christmas, you will think of red nosed reindeers. Wait before you start singing the song about Rudolph though coz you might not like what I am going to tell you then. Finnbiff is a stew made from reindeer meat. It consists of a number of flavorful ingredients mixed together to create a unique combination. A mixture of crushed juniper berries, sour cream, thyme, milk and brown goat’s cheese are added in the end to give a creamy texture.

Are you someone who doesn’t shy from trying even the weirdest dishes? Then Smalahove is for you. The main ingredient of this dish is a sheep’s head. The head is either boiled or steamed for about 3 hours and is usually served with rutabaga and potatoes. It was typically a food for the poor people back in history, and sometimes the brain was cooked inside the skull as well before eaten with a spoon. If the brain is removed, the salted and dried head is then boiled until cooked. The title of this dish derives from the words hove and smale. Hove is a dialectal form of hovud, which translates as head, while smale translates as sheep. Will you dare to eat this?

Can’t end the list without adding a sweet treat right? The Norwegians love their waffles so much that they have shaped them like a heart. Belgian waffles might be famous worldwide, but Norwegian heart-formed waffles are just as delicious. They’re often eaten midday as a snack and can be topped with jam or brunost — or better yet, both. You can’t leave Norway without trying them. 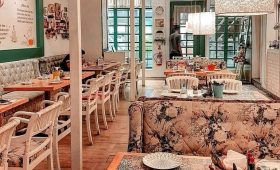 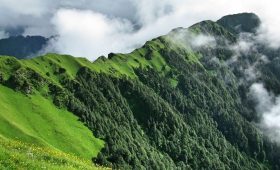 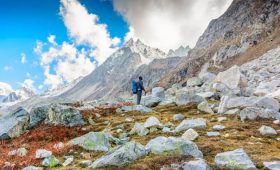