After Sudan broke up into Sudan and South Sudan in 2011, Algeria became the largest country in Africa, and the tenth largest in the whole world. To be honest, I did not know much about Algeria at all, before reading up about it in the last few days to write this article. We all have some sub conscious stereotypes in our heads about how some places would be. Many of us probably think that large parts of Africa are still under developed, violent and more. But when we read about these places, when you see videos of kids playing in towns, locals smiling at the camera, women giggling shyly, you realize they aren’t very different from you.

Sandwiched between Tunisia, Libya (in its east) and Morocco in the west, this north African country is just a short plane or one day ferry ride away from Europe. The north with its snow capped mountains and a gorgeous coastline is home to the urban cities of Algiers and Constantine and has some of the most beautiful Roman empire sites.

1) Almost 90 percent of this country is covered by the Sahara desert. So people inhabit only 12% of the total land.

3) Unlike in most Islamic nations, women’s status and position in Algeria is much better. Women make up 60% of Algeria’s judges, 70% of the lawyers, and 60% of the student population. They have a bigger household income contribution than men.

4) You won’t find alcohol very easily in Algeria. Restaurants don’t usually sell alcohol and out of the few who do, some don’t have it listed on their menus!!

5) Algerians drink tea throughout the day! There are many tea rooms and tea shops in Algeria, so I guess Indians would feel at home here.

If you visit an Algerian home, they will offer you dates and tea. Etzai, the mint tea is the most popular gift in Algeria. 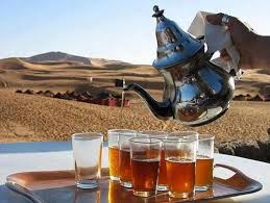 6) Algeria is a debt-free country, it doesn’t owe any money to any country. You’d think that is impressive. At the same time, it is a poor country, with one in every four people living under 1 dollar per day.

7) A few years back in , a man went to buy a donkey. As he and the seller kept bargaining for long, the donkey ate up the stack of notes that the man was going to buy him with. Since the donkey ate up all the money, there was a bitter dispute about who owned him now, and the matter went from lower courts, up till the Supreme Court.

Haha, I wonder if the two men later felt like asses 😉 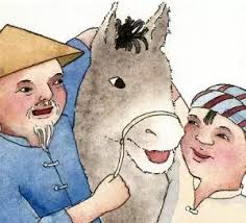 8) Algeria had been under the regime of president Abdelalziz Bouteflika since 1999. After 20 years of being ruled by him, last year young Algerians protested when he decided to stand for elections for a fifth consecutive term. At 82 years old, Bouteflika has been ill and dormant for years, and young Algeria wanted a change.

After the massacres of the late 1990s and early 2000s where thousands of Algerian civilans were killed and no government enquiries were made, political protests were banned. This is probably the first time most Algerians, especially young adults came out into the streets to protest. And they did it in style – absolutely peacefully, flooding the internet with pictures and posts of young demonstrators kissing, giving flowers to police officers and women on International Women’s Day, distributing water bottles, helping with first aid and even encouraging people to clean the streets after the demonstrations. This galvanised Algerians’ pride, and surprised many who know little about a country that has largely remained closed to tourism. They even used a lot of iconic brands’ slogans and catch lines. For eg. The meme on Marlboro advertising went viral, such as: “You are in a bad shape (‘Mal Barré’), your system is seriously damaging our health. 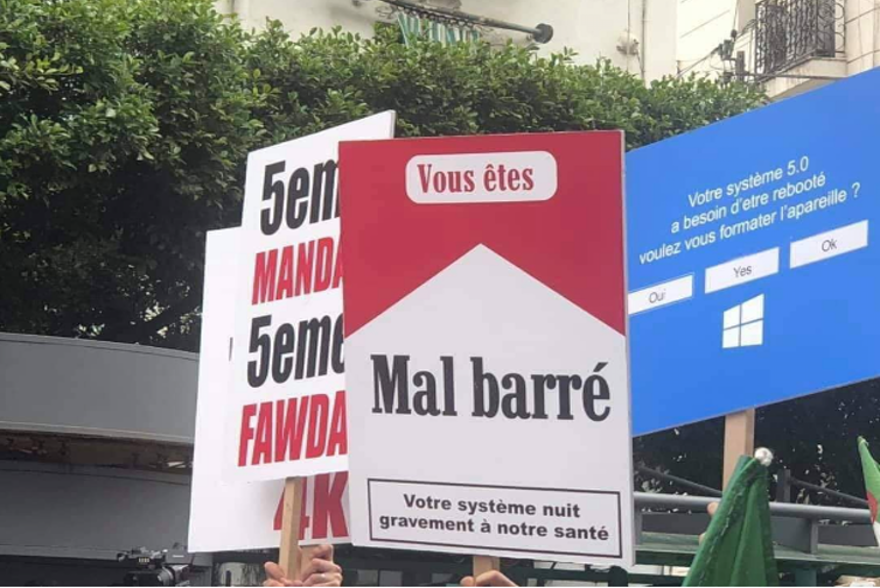 Another sign imitated the black and white typography of an iconic Chanel perfume advert to poke fun at Bouteflika’s attempts to run for a firth term. It read: “Only Chanel can be N°5.” Another sign shouted: “Look at your Rolex, it’s time to go.”

9) El Oued is the best city to shop! The name translates into “City of a thousand domes” as most of the shops and buildings have dome roofs to protect people from the intense heat during the summer.  You can buy carpets, traditional slippers, clothes here, but know that this is the place to bargain and bargain hard!

10) Algeria has participated in every Olympics since 1964.  They have won 5 gold medals in this period, out of which 4 came for the 1500 metres race (two won by men, two won by women).

Captain Nero’s Recommendations if you are visiting Algeria:

1) Visit Oran – It is a lively port city, with bundles of beauty and character. It is fantastic for scuba diving. Try Algerian cuisine in one of the many cafes, visit the pretty mosques and walk around town to see some of the best architecture in Algeria. What is one of Algeria’s best cities now, was once a hotbed for political troubles in the 90s, so much that famous author Albert Camus, one out of only 2 Algerians to win the Nobel Prize, used Oran as the base for his novel. 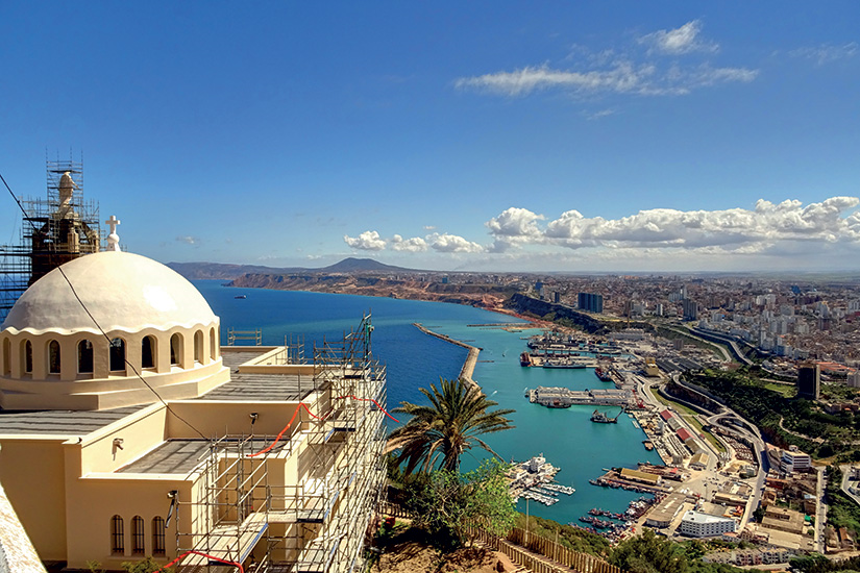 2) Constantine –  Constantine was Algeria’s main city and capital for centuries. It was also the seat of the Roman empire. Today, it’s a  marvel that has transformed over the years into a stunning spot for tourists.  Most of the buildings in the city can only be reached by crossing the bridge across a large canyon. This makes the whole place look like a fairytale land that has perhaps not changed at all since the time of the Romans. 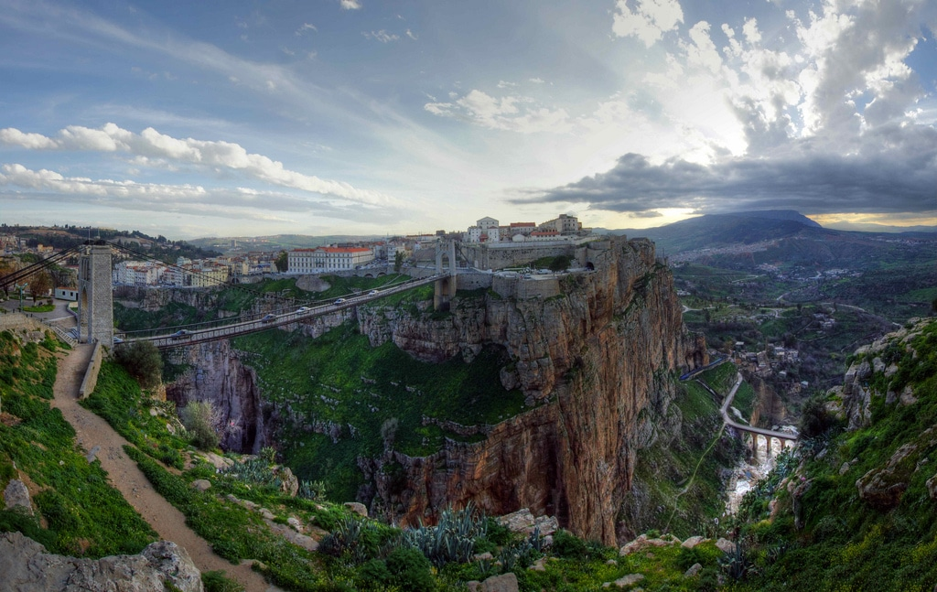 3) Kefrida Waterfalls – Near the town of Bejaia, this waterfalls makes for a lovely sight to watch and swim in, especially during the summer months. 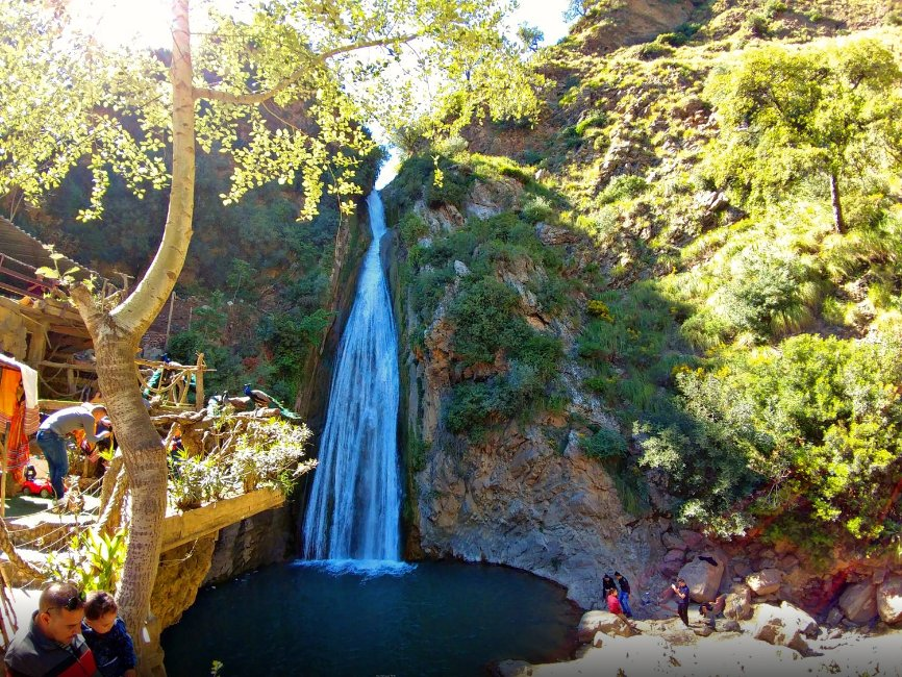 How to reach Algeria from India

It makes sense to combine your Algeria trip with the more popular and touristy Morocco as the two countries are neighbours. So I’d recommend that you fly into Rabat in Morocco, spend 6-7 days there and then go spend 4 days in Algeria.

Of course if you have less days in hand, you can directly fly to Algiers from India. Flights are usually expensive (25-30k one way) and mostly with a stopover in either Egypt or sometimes even Rome.

Do Indians need an Algerian visa?