What are human beings without dreams, wants and desires? And what is it about the ones with outlandish or out of the box dreams that have us all hooked to hear their stories? The more I pondered about this, the more I realized that somehow shock as an element makes for some of the best stories. A factor that you’ll find in almost every adventurer’s tale and yet be left excited by just how unexpected their goal was and how they actually achieved it. I wonder if this had played in the mind of Reinhold Messner when he along with Peter Habeler decided to become the first two individuals to ascent the world’s tallest peak without any oxygen. Also, ladies and gentlemen, I’m talking about a dream that was fulfilled back in 1978 and set in motion much earlier!

Think of a time when you were visiting the mountains and suddenly felt a little light headed or giddy. If you’ve fortunately not experienced this yourself maybe you saw another person undergo it unfortunately. The reason is the altitude and the fact that the amount of oxygen said individuals are used to inhaling is much lesser at this altitude. When you’re paving your way with all your grit towards 29,029 feet, could you fathom doing so without any supplementary oxygen? The weather is extreme as you trek up those icy slopes and studies state that the oxygen intake is less than one third of what people usually inhale at sea level. Moreover, if the oxygen reaching your brain reduces it can impact the organ’s functioning or clarity of thinking in addition to the usual dangers.

The Itch To Do The Unthinkable! – Reinhold Messner And Peter Habeler

This duo that dares had actually attempted this first in the month of April. Habeler had to stay back at the base camp due to severe food poisoning. Although, Messner sought to move on his own along with sherpas, the weather was not in his favour. But you know, the stories that leave us awestruck tend to have a protagonist who lives by, “never say never”. The itch to achieve this unorthodox idea was a dear one and so the dashing duo was back in May! On May 8th they finally fulfilled this unthinkable feat. You’d think it would have been a sense of absolute elation to finally see it through but Messner reiterated the experience as, “Breathing becomes such a strenuous business that we scarcely have strength left to go on. Every ten or fifteen steps, we collapse into the snow to rest, then crawl on again. My mind seems almost to have ceased to function. I simply go on climbing automatically. The fact that we are on Everest, the highest mountain in the world, is forgotten – nor does it register that we are climbing without oxygen apparatus.” (Source: www.earthsky.org)

Messner had been a seasoned climber his whole life before this incredible achievement. In fact, at just 5 years of age he had already climbed a peak with an altitude above 3,000 metres. As a teenager he was looking to explore the Dolomites along with his younger brother, Gunther. By the age of 20 years, he had led over 500 ascents! The man went onto devise different routes for as many as 700 climbs in the years to follow. Even while he pursued architecture, Gunther and he would climb the university walls to stay in shape. It was Messner’s different routes that eventually garnered the attention of the mountaineering community towards him.

What If You Lost Your Toes?

A lot of Messner’s inspiration had come from Hermann Buhl, an Australian who was among the first to climb the Nanga Parbat in 1953 after the 31 attempts before him had resulted in death. In his book, Buhl had stated that the southern face of the mountain, called Rupal, was a sheet of glass and could never be climbed by a human being. I think you know who would attempt the unthinkable! Reinhold and Gunther joined a team of mountaineers who were attempting this in 1970. The Messner bothers were the only two to fulfill this feat. However, they couldn’t descend the way they climbed. As the descended from the mountain’s western face, Gunther lost his life in an avalanche. Reinhold underwent severe frostbite and a number of his toes had to be amputated.

This did not deter the adventurer but simply altered his style of climbing. He continued to quench his thirst for the outdoors and mountaineering in the early 1970s, such as reaching the Nepalese Manaslu from the un-mapped south face, setting ascending speed records with Habeler and much more. He returned to Nanga Parbat time and again in search of his younger brother’s body but didn’t have success. Gunther was found only in 2005, 35 years after their victory at Rupal.

The Man Who Climbed His Way To Multiple World Records

The thrill of climbing without supplemental oxygen had commenced. Messner and Habbeler were actually also the first to summit a peak above 8,000 metres when they climbed Gasherbrum I in the Himalayas in 1975. When their plan for the 1978 challenge was set in motion, many had actually predicted that at an altitude such as Everest’s survival was impossible without the supply of oxygen. And while this success story may have brought him more fame than anything else, the truth is that it is just one out of his many mind-blowing achievements. He became the first and only man to climb Nanga Parbat single-handedly from the Diamir Face, this marked the first solo ascent of a peak above 8,000 metres without any assistance. And, of course, the itch for thrill and adrenaline had nowhere nearly subsided, so, Messner became the first to ascent Mount Everest solo as well in the year 1980. And, yes, you guessed it right, he achieved this without any supplementary oxygen! 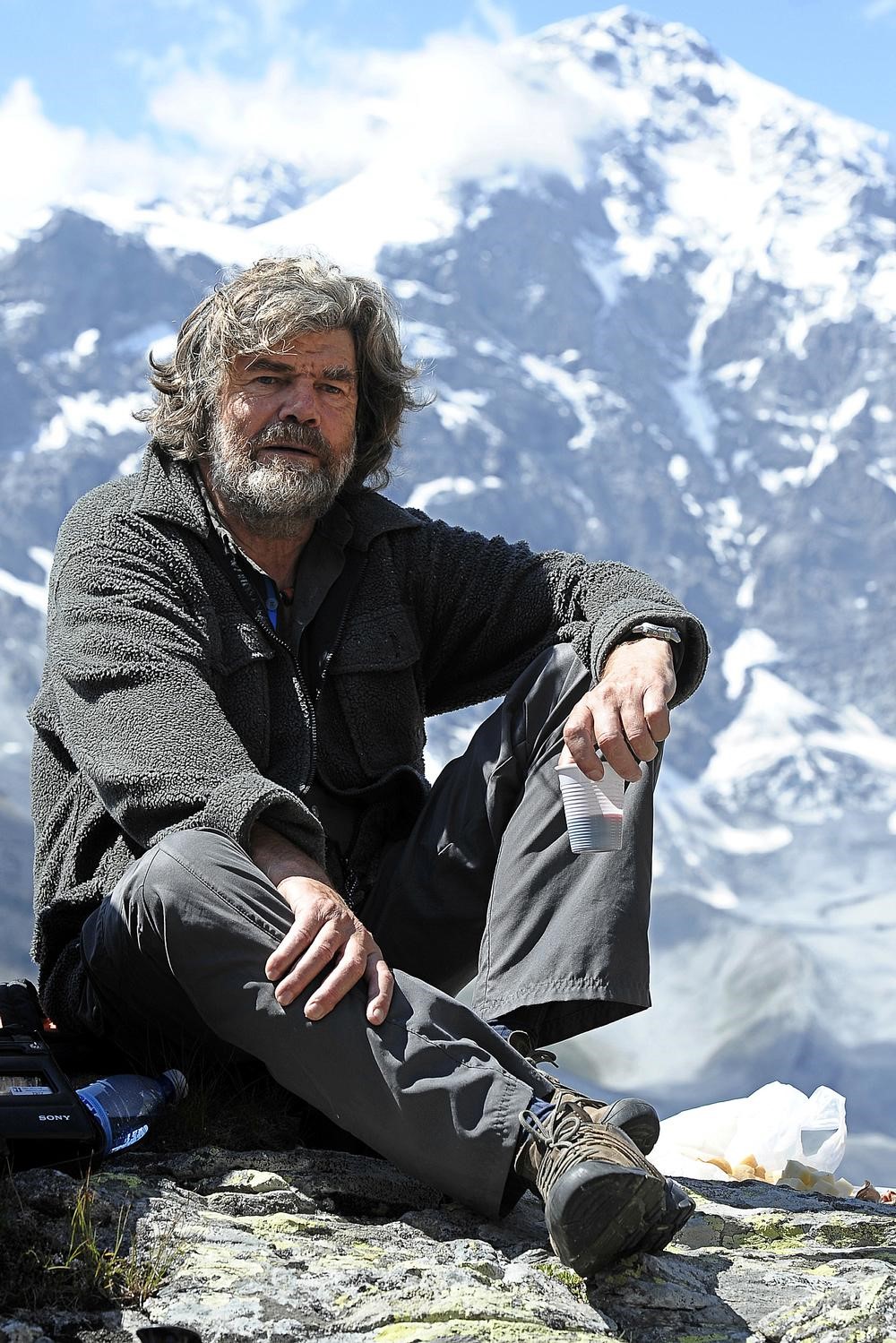 By 1986, Reinhold Messner became the first man on Earth to have climbed all 14 of the top peaks of the world above an altitude of 8,000 metres. Fondly and with good reason, Messner became the “King of the 8,000 metres” only adding more adventures to his list by traveling across the entire continent of Antarctica on skis to even covering Greenland on foot. The list is endless, just as my awe at what all this one life has seen, experienced and lived to share with the world. The man with 60 plus books, a mountaineering museum, some cinematographic accounts and a gazillion articles stated that preparation was the key. He has even stated how for his adventurers the key is no oxygen, no bolts and no communication!

If you’re wondering why humans wake up and set out to do something like this, why they push their limits and take on the unthinkable, I’ll leave you with Messner’s quote, “The wonderful things in life are the things you do, not the things you have.”