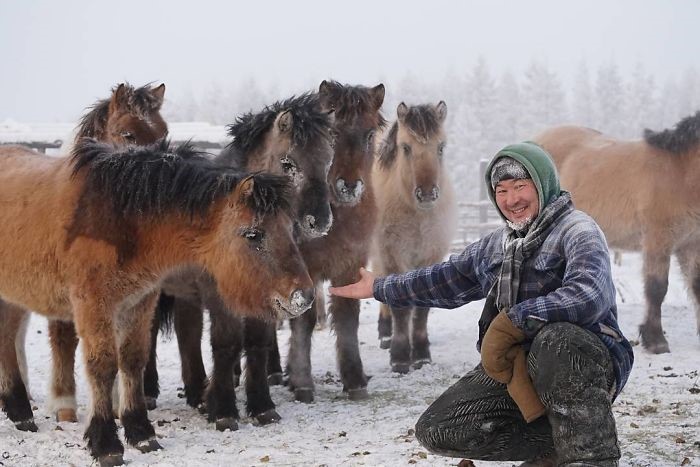 Where is this frozen winter-land? Must be in some far-off exotic location that you’ve never heard of, must be on a spot for which you’d need the map to see just where this place is. Here comes the truth bomb, because Oymyakon is actually a part of the Sakha District in Russia. Yep, the former super power is home to this forever frosty location. It is a Siberian village and the coldest permanently located place on Earth, i.e., the settlement has a population living on it all throughout the year because while there are a few other locations that are colder and accessed by humans, they don’t see the human race living there all year long.

So, what could life possibly be like in such a place? Well, for starters, the students are required to attend classes till the weather touches -62 degrees Fahrenheit! And here I had complained about how the monkey caps and woollen socks we threw on during winters were insufficient for the blistering cold of December. Oops!

As the village’s history goes, it used to serve as a stopover for reindeer herders in the early 1900s. They would stop here with their flocks to get some resources with the thermal spring. It was the Soviet government that eventually had them put their roots down there in 1933.

Photographer and quite the adventurer in my humble opinion, Amos Chapple, travelled to this offbeat destination and took some mind-blowing pictures. In one of his accounts wherein he spoke of his experience, he stated, “I was wearing thin trousers when I first stepped outside into – 47 °C (-52°F). I remember feeling like the cold was physically gripping my legs, the other surprise was that occasionally my saliva would freeze into needles that would prick my lips”. Now that is something that neither have, I ever experienced nor could I have really imagined, although it seems quite obvious when you know of the weather. And yet, yet it doesn’t fail to boggle the brain.  It is times like these that you start to daydream about all that there is to explore on the Earth, how vast and diverse it genuinely can be. Chapple was rightfully lauded for his successful endeavours at shooting this sight because it wasn’t just the cold that he alone had to battle as a human but also the fact that his camera’s zoom and focus buttons would also freeze ever so often!

The village is incapable of growing crops as a result of its weather, so, their primary diet is based on meat, mostly fish. Of course, the fish needs no refrigeration because how could it possibly rot at such temperatures. A majority of the washrooms are built outside of the houses itself. Strikes you as odd? Well, in house plumbing isn’t an option in an area where the ground itself freezes.

That’s not all. Tell me what’s the most lavish thing that you have done for your car? For a lot of people, they treat their cars as their companions and splurge accessories, regular care and grooming on them. But even the most extravagant of car lovers would rarely have constructed heated garages for them. And no, it isn’t to pamper the car or out of indulgence, it is out of sheer necessity. If a car does not get a heated garage, the owner must leave the car’s own heater on through the night. If not, then the chances are that the car’s engine will freeze overnight and it will not restart, ever again.

While you and I feel our heads freeze even with the imagination of all of this, the locals smile and state that this is normal for them. Below is an image of a local brushing off the snow from his Yakut horses and smiling, as he treads on for what is for him, just another day.

If you do plan to visit, make sure to carry all the khaandaani razaais from your place, your ani and dadi’s places too! Hah, the point is, stay warm, cause this is no ordinary sightseeing. 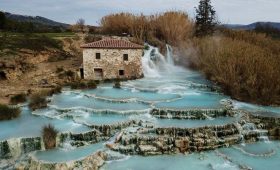 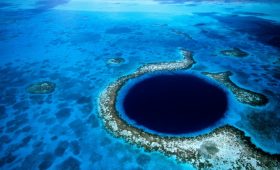