When we speak about travelling, we often mention the word culture and how witnessing a different culture is a huge aspect of why we travel. We look at traditional attires, art forms, music and dances, food and what not. All these things come together to paint the personality of a place for us. A number of these are picked up from folklore. While mythical stories add to the charm around a place, their underlying meanings actually go to reflect a lot about the region and its practices. If we start to shred the hidden messages behind stories, we realize that they tell us about things they find acceptable or unacceptable, about what they glorify and what they condemn. And I think this is what starts to add a narrative around the scenic beauty that we may see.

Within the fantastically retold myths is a world of mystical creatures. Unicorns, werewolves, dragons, trolls or yetis, things of reality or merely bad dreams? While some stories are created to instil fear and enable in exercising caution, others help promote a belief or even garner a certain hope. Today, we are looking at some deeply intriguing mystical creatures from around the world!

The most well-known lake monster around the world is? Not Ariel, the Little Mermaid! I’m talking about the Loch Ness monster or Nessie whose claim to fame came from Scotland. But at Heaven Lake which flows at the Bakedu Mountains between the border of China and North Korea, there are stories narrated of another water-based creature. While some claim it looks like an eel with green and blackish scales, others say it is grey in colour. What’s so unique about an eel? Well, I missed something earlier. They also say it seems to have the head of a human and the body of a buffalo! Added to that are incidents stating they not only spotted the creature but saw it swim as fast as a yacht.  You know, I was planning on getting the yacht out to Heaven Lake to summer but eh, guess I’ll just stay in now. :p

No no no, we are not talking about the Pokemon! Although the cartoon did take inspiration from the myth. This legend originated around the 16th century when it is believed a rabbi created him in order to protect a ghetto from persecution. Through the course of centuries, it has been said the golem would be called forward to protect. Made out of clay, the creature is said to be a humanoid and has in the modern day taken the form of a monster rather than a protector. Once believed to be capable of bending iron with just his teeth, today he is the subject of plays and pop culture mediums, he has become a toy and a souvenir. And I wonder if the real golem sees these events unfold and thinks of what all we have gotten wrong in our recreation? Or what all we have gotten right?

Yet another popular mystical species is that of the centaurs that has made appearances in our novels to movies and even sci-fi games. The creature is believed to be part-human and part-horse. His torso is that of a human body while his lower half is of a horse. Greek mythology states that the centaurs would live beyond the jungles of Thessaly where laws of man did not prevail. In Thessaly, there was a tradition of hunting bulls while riding one’s horse. So, some suspect that the word “centaur” may have meant “bull-killer”, coined for the skilful horsemen who seemed one with the animal the mounted during their hunt. The name in turn may have led to a number of stories. While some narrate that centaurs were barbaric, others state that they were well-behaved until they consumed a lot of wine. This may have been an attempt of reinstating the need of maintain orderly conduct as misconduct, as in the case of centaurs, would lead to being shunned from society.

Mylings are another set of beings that I believe were created in order to reinstate the need of religious practices. But first things first, what is a myling? They are said to be the abandoned souls of the children who saw death before ever being baptized. These children roam in the dark in seek of finding people who are willing to give them a proper burial. While many would get scared of their presence and refuse, those who offered to help would start to lift them but then their weight would get so heavy that the soul would take the person also within the pit. Some would even say that these were children born out of wedlock or abandoned by families who could not afford to feed them. While the myth first began from Scandinavian countries, it has also made its way to other predominantly Christian countries. The purpose of the myth seems simple. It wants to emphasize on the consequences from having illegitimate children, children you cannot look after and of failing to adhere to the norm of baptizing kids.

This quadrupedal creature originates from around Washington DC although its name comes from the German word “schneller geist” which means “quick ghost”. This monstrous creature is said to be a half-bird and half-reptile of mammoth size. Added to this is the belief that it can spit fire and use its tongue like a powerful whip against anyone. Some believe that the creature is faceless, some believe that it has twisted limbs. Even further stories suggest that this creature is not a product of nature but probably a science experiment gone wrong! The stories only intensify as some suggest that it has eyes on its back and makes a clicking sound. Errrr I’m sure the White House tries to maintain a lot of distance with this one!

All battles are not fought with might and it seems all myths are not written about creatures with umpteen layers of strength or power. The huldra is believed to be a seductive forest creature. Its Norwegian name signifies “covered” or “secret”. Meanwhile, it has been named tallemaja and skogsra in other languages. This lady of the forest appears to be beautiful and is found naked in the forest’s darkness. But when you get closer, she seems to be hollow like a tree trunk with either a cow’s tail or a fox’s tail. While one may first mistake her for a regular girl, she is said to possess stunning beauty. She is said to seduce human males to sleep with her and if she is unhappy her wrath is known to result in deaths. She is also accused of stealing human infants and replacing them with her own deformed children. The curiosity towards the huldras only increases because though some stories paint them in bad light, others go onto show them as kind beings. The belief is so strong that in Iceland when railway tracks are being constructed certain areas are avoided as they are believed to be homes to huldrefolk. And at Kjosfossen railway station, the enactment of a dance performance by women dressed as huldras is a popular attraction.

La Pisadeira stands for the night hag. They say that you have too heavy a meal in Brazil, you will find yourself waking up all of a sudden at night from between your sleep. Doesn’t sound so bad? Oh yeah, there’s a woman with scarlet red eyes who sits on top of you and leers! While she sits there, you find yourself helpless on account of turning paralyzed temporarily. Although some feel that this maybe told as a cautionary tale against the sin of gluttony, the greater likelihood is that this is the distorted version of narrations of incidents of sleep paralysis. Today, it has been understood as a disease but it is quite likely that at a time when science was not at a position to explain this, it became a mystical being.

Ah who doesn’t love fairies? We have heard countless stories of them prop our childhood and we visualize them as beautiful creatures with wings and a magic wand. Their stories have been told and retold across different parts of Europe. The first story comes from England in the 13th century. They have taken sinister forms like devilish fairies, ghosts or even banshees. They are seen as fallen angels too. For a large part they were also regarded as descendants of gods and goddesses sent to Earth to help people with the use of their magical powers. Largely, the mystical beings of fairies have remained one that strives to give hope in a non-human creature that is kind and good-hearted and since we love happy endings, I thought a much-adored creature would be the right one to send this article with. ?

There are still one too many mystical creatures around the world with endless stories. For some it seems that these were intended to give society a code of conduct or structure before the reasoning of science existed. For others they make for good bedtime tales with a moral of the story at the end. What’s common is that they get us curious and make us wonder in how much of it is fictional and how much is factual. So, tell me do you believe in these beings? If yes, then in which one?

Note: All images in this article are purely representational. 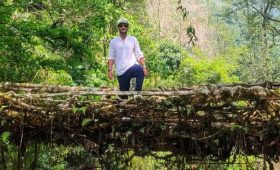 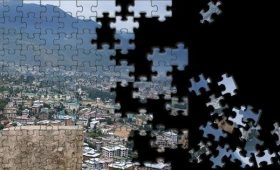