“If I have ever seen magic, it has been in Africa.” These words by John Hemingway hold true especially when you are witnessing it from the roof of Africa – Kilimanjaro.

Dominating the landscape like no other mountain, iconic and instantly recognizable, Kilimanjaro in Tanzania is the highest peak in Africa and the world’s tallest freestanding mountain at 5895 metres (19,341 ft). Free standing mountains are not part of a mountain range and are usually a result of volcanic activity.

The mountain once had three volcanic cones – Kibo, Shira and Mawenzi. Kibo is the tallest and the central cone. This is where the summit lies and every year thousands of people aspire to climb it.  Mount Kilimanjaro is a stratovolcano – a term for a very large volcano made of ash, lava, and rock. Shira and Mawenzi are extinct volcanoes, meaning that there is no activity underneath these cones. In short, they are cut off from their supply of lava. However, Kibo is considered a dormant volcano; it can erupt again! The last major eruption was 360,000 years ago while the most recent activity was 200,000 years ago.

Climbing Kilimanjaro is like going from the equator to the North Pole in only few days. This is because the routes to the Uruhu peak cross different ecological zones. You get to see the various climatic conditions starting from the bushland on the bottom of the mountain to the arctic ice region on top of the mountain.  Kilimanjaro’ s lower slopes, probably once forested, have been cleared for the cultivation of coffee, corn, and other crops. At higher elevations lies a belt of tropical rain forest that gives way to grasslands and moorlands. At the highest elevations is a zone of permanent ice and snow. The reason why it’s interesting is because Mount Kilimanjaro lies just 205 miles from the equator. When early explorers reported seeing glaciers on the top of Kilimanjaro, people did not believe them as they thought it was impossible for ice to form so close to the hot, equatorial sun.

The trek up Kilimanjaro is probably the most popular high altitude trek in the world. The reason why Kilimanjaro is so popular is that it is highest mountain in the world that you can simply walk up. You need no ropes, no special climbing equipment, and no previous experience. Every year around 50,000 people try to summit this huge mountain, but only two-thirds are successful. This is because while there’s no need for a technical expertise, your body still needs to acclimatize to the high altitude. You can, and should, train for your climb, but you can’t train for altitude. Incredibly fit people can experience difficulty, and people who have never hiked before might feel fine. Your reaction to altitude relies on two factors: your genetic makeup (studies have shown that populations living at high altitude, like the Nepalese, have different lung capacities, blood oxygenation, and red blood cell counts than lowlanders), and the amount of time you leave for acclimatization. Now you can’t do anything about your genes, but you can control the latter by choosing the perfect route for this trek.

Kilimanjaro can be climbed through 7 different routes and each route has its own pros and cons. Some are great for scenery, but not so great for acclimatization. Others offer high summit success rates but are also quite busy at certain times of the year. And some are too expensive.

Known as the Coca-Cola or Tourist Route, Marangu is the classic Kilimanjaro route. The Marangu route is the only Kilimanjaro climbing route that offers hut accommodation as camping is not allowed here. The name Coca Cola comes from these huts that also double up as small shop selling cold drinks, water and candies.

The route is immensely popular and sees a huge amount of tourists. This route is also considered relatively easy with a very steady, gradual slope. It’s also the only climbing route that uses the same path up and down, which contributes to it being the most crowded climb route on Kilimanjaro. Due to this, it has been dubbed “Tourist Route”.

A climb on the Marangu route is comparatively cheap. You need no camping equipment, thus you save the cost for extra porters to carry the equipment. And the number of days required is also quite less(5-6 days are enough).

But even then, this trail has very low success rates. Only a quarter to a third of the climbers on this route reach the summit of Kilimanjaro. The reason being many of the people on this trail are shockingly unprepared. Most of the people come here without thinking that they are climbing one of the highest mountains in the world. Also a five day climb does not allow for sufficient acclimatization, and many climbers have to turn around because of altitude sickness.

This one’s called the ‘Whiskey Route’ to denote that it’s tougher than the ‘Coca Cola Route’ mentioned above. This route was opened as an alternative for Marangu but has now replaced the oldest route as the most popular choice for adventurous climbers.

To tell you the truth Machame route is not technically difficult. It is more strenuous. The trail is often steeper and it involves many ups and downs, crossing a succession of valleys and ridges.You will also have to cross Barranco Wall which is one of the most impressive yet intimidating sights on this trek. It is a very steep, one and a half hour climb that will require you to occasionally use your hands for balance.

Machame is indeed a more difficult climb in some respects, but it does have much higher success rates than Marangu. According to estimates about 60% of the climbers on Machame make it to the summit, and over three quarters reach the crater rim.

This trail boasts of breathtaking natural bounties, and variety of flora & fauna thriving on the southern side of the mountain. As for scenery, the Machame route is absolutely spectacular: the Shira Plateau, the Lava Tower, the Barranco Wall.  Machame is considered the most scenic Kilimanjaro climbing route.

This route has been recently introduced to reduce traffic on other routes. It sees far fewer crowds than Marangu and Machame, and stands out for its unparalleled scenery with panoramic views from all sides of the mountain.

The first two days on the Lemosho route take you through beautiful and very remote rainforest, with good chances of seeing wildlife.  Since, this route requires extra days, it is a bit expensive. The length, the remoteness and the added transport cost make Lemosho a rather expensive option. However, the longer itinerary lead to excellent success rates on this route and it has become quite a popular one.

It is a route for people who are confident in their ability to hike in difficult terrain and camp out for extended periods, who want a superb wilderness experience and for whom cost is not the main consideration.

The Rongai route is the only climb route that approaches Kilimanjaro from the north near the Kenyan border. The descent is in the south-east via the Marangu route, so you get to see both sides of the mountain. The climb is easy and gradual without any major ups and downs. It sees relatively few climbers, and is a particularly good choice if you decide to travel during the rainy season as the mountain’s northern face sees the least precipitation.

The scenery here is not as varied as some of the other routes, but even if there is not quite as much variety as on Machame, it is still a spectacular route, especially on the later days.

The Rongai route is also more expensive because there is less demand and fewer budget operators.

This route is for people who are confident in their ability to hike in difficult terrain and camp out for extended periods. The Shira route approaches the mountain from the west and is nearly identical to the Lemosho route. The only difference is that climbers are transported by vehicle to the Shira Gate at 11,800 feet. This allows you to skip the initial section of the climb but also puts you at greater risk of altitude sickness due to the relatively high starting point. The advantage in this case is that as the route starts from the rainforests, it is extremely picturesque.

Due to the high altitude of the starting point, this route is quite difficult as compared to the others and is generally avoided by the trekkers.

Umbwe route is the shortest yet the steepest route to the top. As this route has a direct climb, there is no time for acclimatization and therefore it is for experienced climbers who are confident in their ability to acclimatize quickly.

This is the most difficult and demanding of all Kilimanjaro climb routes. The difficulty level of this route is so high that only trained professionals dare to opt for this route. Having said that, it is a spectacular route!

Those with plenty of time to spare should consider the Northern Circuit. This is the newest route which virtually circumnavigates the mountain, making it the longest choice both in terms of time and distance traveled. The extra days spent at mid-altitude allow for plenty of acclimatization, which in turn leads to a very good summit success rate. This is also the most remote route, with magnificent scenery including elevated views into neighboring Kenya.

No matter which route you take, all of them merge at Barafu, the summit camp. The general tendency of trekkers on the last day on Kilimanjaro is to start at midnight. If you start at 12 in the night, with an average speed, you can reach the summit latest by 7 am. It takes a maximum of 7 hours to reach the summit.

You’ll cross Stella Point from where it is an hour’s easy walk to the final point, known as Uhuru Peak. People have so many different emotions on reaching the highest point in Africa. You can feel the excitement and an aura of victory around you. Shout your lungs out or quietly graspthe feeling of what you have achieved. This is surreal!

A Kilimanjaro trek can cost anywhere from $2,400-$8,000+ per person. This fee should include camping, food, guides, park fees, and transport to and from the mountain.

January to March, and June to October are considered to be the two best seasons for climbing Mount Kilimanjaro. If you have an eternal love for snow, then January to March is the best time for you to climb Mount Kilimanjaro, as this season is relatively colder, hence, the chances of witnessing snow during the summit are quite high.

June to October marks the summer season in Kilimanjaro, hence, there are relatively lesser chances of snowfall during the summit. This season is also the peak trekking season, therefore, all trekking routes are quite crowded throughout these months.

It is possible to climb Mount Kilimanjaro all year round, but some months are distinctly more comfortable than others. Between January and March, the weather is cooler and the routes are less crowded. . If you have an eternal love for snow, then January to March is the best time for you to climb Mount Kilimanjaro as the chances of witnessing snow during the summit are quite high.

The days are warm and pleasant from June to October. However, this season is also the peak trekking season, therefore, all trekking routes are quite crowded throughout these months. It’s best to avoid the wetter months of April, May, and November 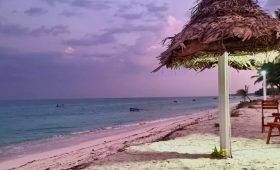 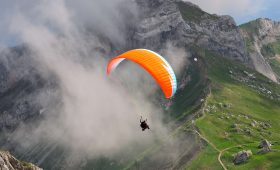