The Bahamas—just saying the word conjures images of pristine aqua waters, white sandy beaches … and cruise ships galore. The Bahamas is made up of a chain of 700 islands in the West Indies, to the east of Florida. It used to be a British colony but gained independence in 1973, and remains part of the Commonwealth with the Queen as head of state.

Here are a few quirky facts about these fascinating islands!

1. The Bahamas has the 3rd highest per capita GDP in the western hemisphere. After the Unites Stated and Canada, the Bahamas is the third richest country in the new world. The largest industry in the country is tourism (which makes sense) and that accounts for a whopping 60% of the country’s income and half of all employment.

2. Dean’s Blue Hole on Long Island is actually the deepest hole in the world and it is right next to the shore. You can go from knee deep water on the shore to a sudden drop off of 202m (663 ft). This is the spot many free divers choose when attempting world records. 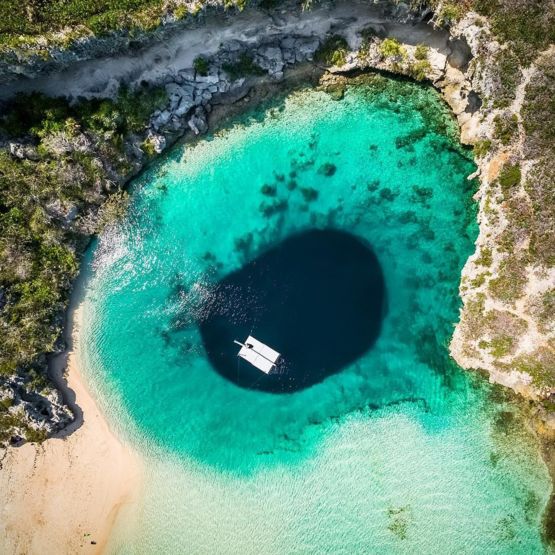 3. It has one of the world’s biggest aquariums. The aquarium at the garish Atlantis Paradise Island resort encompasses 14 lagoons, eight million gallons of water and more than 50,000 aquatic animals from 250 species. There’s even a water slide that runs through the middle of it.

4. The Bahamas have a magnificent underwater cave system. The sea was 250 feet low than its present level during the glacial period. Acid rain eroded the limestone in the island and lead to the formation of vertical and horizontal caves.

5. If swimming with pigs takes your fancy, just head down to Pig Beach! Big Major Cay in Exuma, the Bahamas, is a small uninhabited island that is home to about twenty pigs. The pigs, who swim out to meet boats of tourists to be fed, have become a social media sensation. Visiting “Pig Beach” is now a Bahamas “bucket-list” attraction. 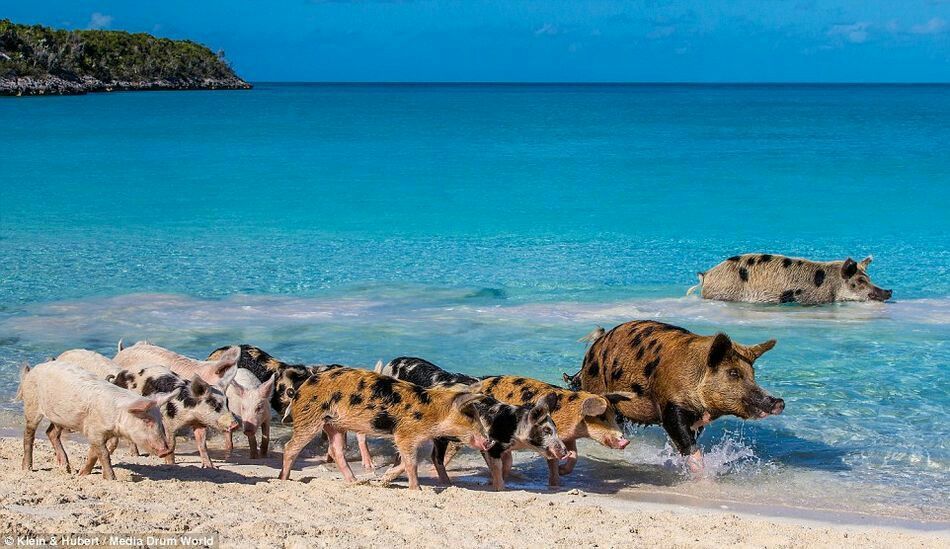 6. There’s an island of iguanas. It’s not just piggies. Sandy Cay (also known as White Cay) is an uninhabited island at the southern tip of the Exuma chain. Easily accessible from Long Island, it’s a beautiful sanctuary for critically endangered White Cay Rock Iguanas. When you arrive, the iguanas come crawling out of the native bush to greet you on the beach or along the rocky part of the shoreline. They are harmless and will run away if you step towards them too suddenly. 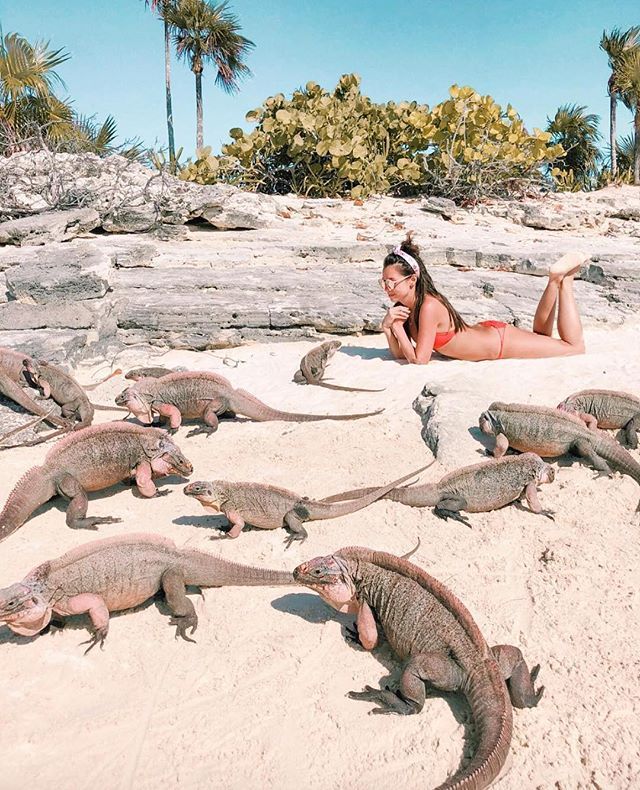 7. The Bahamas is one of 58 countries that still have the death penalty. It is, however, considered abolitionist in practice, with the last execution taking place in 2000.

10. Nassau was a popular haven for pirates of the Caribbean in the 18th Century. One popular pirate that we all talk about is Blackbeard, the fiercest one of them all.

11. The Bahamas is right on the edge of the infamous Bermuda Triangle.

Captain Nero’s recommendations in The Bahamas:

Nassau’s Blue Lagoon Island: Essentially a private island in the capital city of Bahamas, Blue Lagoon is a beautiful island open to everyone who wishes to explore it. It offers a gazillion opportunities for fun, water-based activities or simply relaxing by the beach. 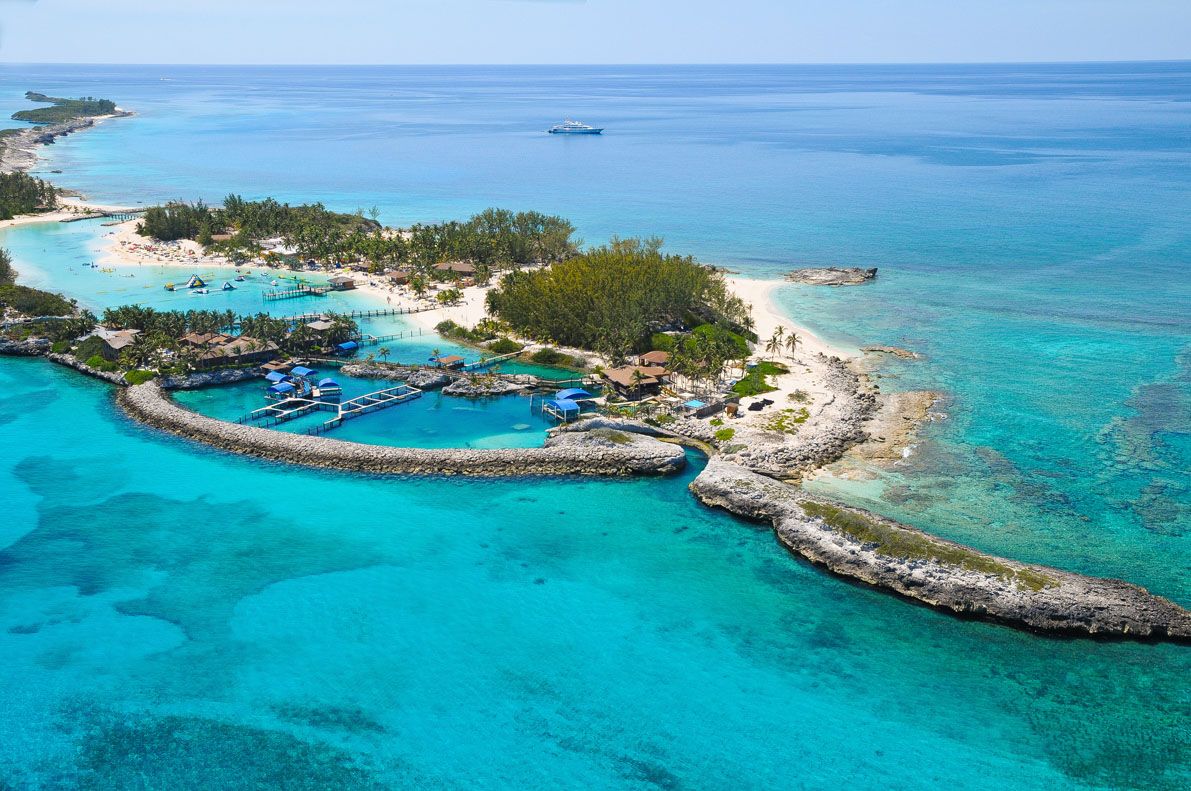 Andros Island: Andros Island is the largest island in the Bahamas. It boasts a huge barrier reef which is 190-miles-long and extends more than 6,000 feet below the ocean. Coupled with secluded beaches, this destination is a popular choice for those who appreciate a quieter holiday filled with tours of the natural marine habitats. In addition to this, Andros is not as developed as some of the other islands in the chain.

Pink Sand at Harbour Island: The Pink Sand beach at Harbour Island is one of the most magnificent natural wonders in the Caribbean. The light pink sand gets its hue from thousands of broken coral pieces, shells, and calcium carbonate materials left behind by foraminifera that live in the coral reefs that surround the beach. Visit this natural phenomenon for yourself at Harbour Island in the Bahamas. 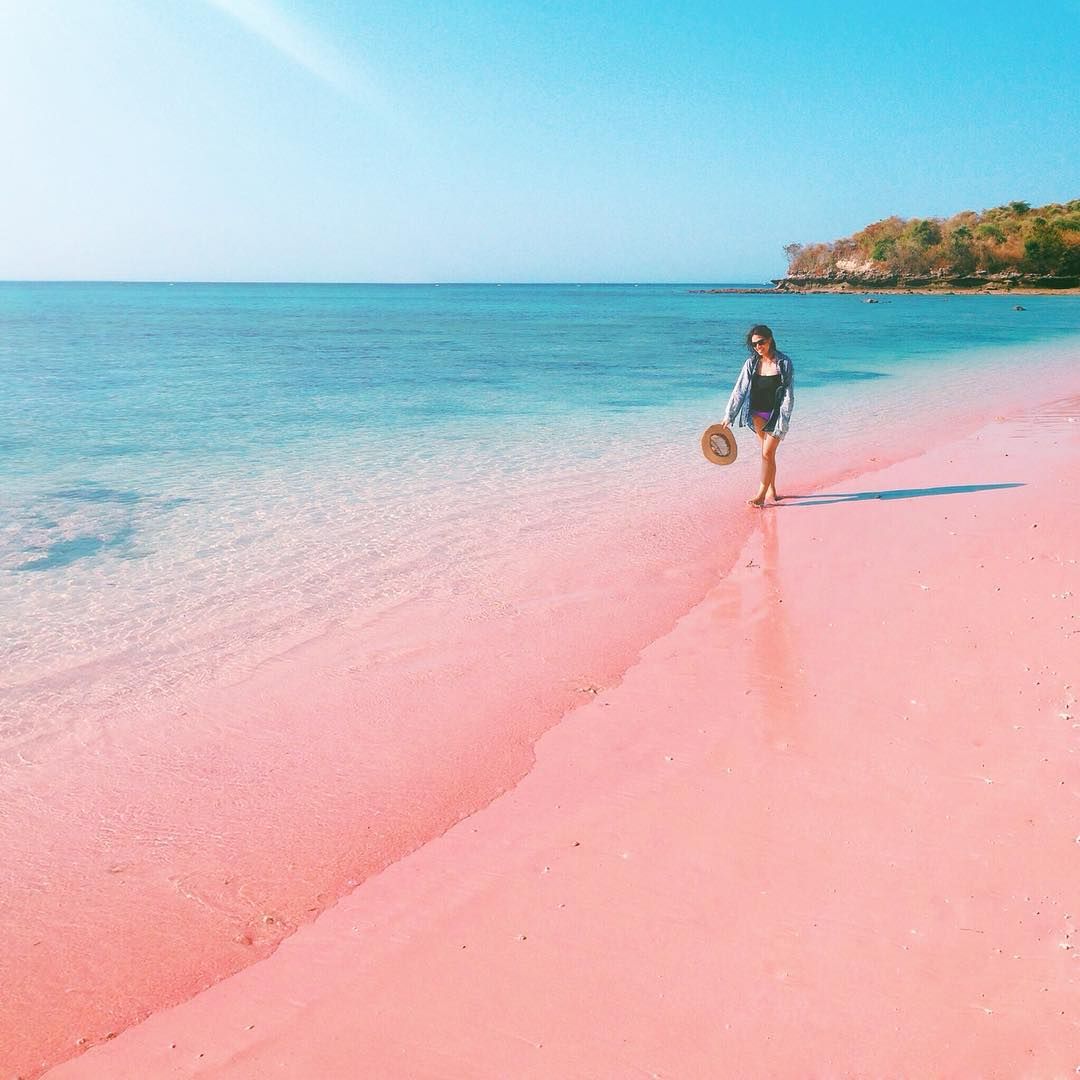 Eleuthera: The Harbour island and Eeleuthera are the most seasoned settlements in the Bahamas. With incalculable milestones and pastel hued houses of the English Loyalists who were settled here in the 1700s, the Eleuthera and the Harbour Islands give the old memorable vibe to its guests. 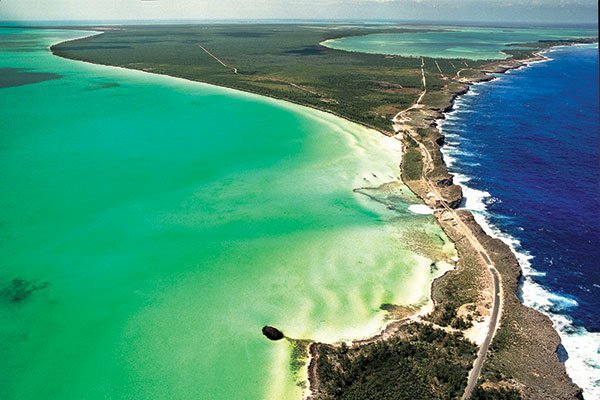 Abacos Islands: The Abacos in the Northern Bahamas are a 120-mile chain of islands that include Great Abaco, Little Abaco, and countless small cays, coral reefs, mangrove flats, and tidal creeks.