Known for its steep volcanoes, vast rainforests, and ancient Mayan sites, Guatemala is a vibrant country with different cultures. Guatemala was the center of the Mayan civilization; some descendants of the Mayans still exist in Guatemala today. From its forty-percent indigenous Mayan population to its incomparable physical beauty, here are some of the most interesting facts you might not have known about Guatemala.

1. Too all the chocolate lovers out there, the first ever chocolate bar was invented in Guatemala! It was used in Mayan culture as early as the sixth century A.D. The word ‘chocolate’ comes from the Maya word ‘xocoatl’ which means bitter water, as cocoa at the time was the basis for a thick, cold, unsweetened drink. The Mayan even called it “food of the Gods”

2. Guatemala’s national bird is the quetzal, a long-tailed bird that lives largely in humid forests. It’s becoming increasingly difficult to see them in the wild, but you can see them every day on Guatemalan bank notes, as the currency is also named after the bird.

3. The country is home to many Mayan ruins. Mayan ruins can be found everywhere over the country. The ones you should definitely know about are Tikal, Yaxha and Uaxactun.

4. Guatemala has the most UNESCO heritage sites in the world. Some of these include the Archeological Park, the Ruins of Quirigua and Tikal National Park.

5. Civil war raged in Guatemala from 1960 to 1996, and its effects are still felt throughout the country today. It is estimated that 200,000 people were killed during the 36-year conflict, making it the longest in Latin American history.

6. The name Guatemala translates into land of trees in the Mayan language. Today, the country has the largest tree reserves in Central America.

7. Guatemala is the birth place of blue denim. Shortly after their invention, the Levis brand began distributing blue jeans around the world.

8. Belize used to be a part of Guatemala but was given to Britain. Britain had promised some highways in return but they were never built.

10. Sadly, Guatemala is the poorest Central American nation with the highest crime. More than 50% of the population is below the poverty line. Not only that, carjacking, daylight sexual assault, armed holdups with automatic weapons conducted by hardcore gangs. Guatemala sees over 5,000 violent deaths a year, primarily from the aforementioned gang crime.

11. On May 30, 2010, an enormous hole, 60 feet wide and 30 stories deep, opened up in the middle of Guatemala City, swallowing a three-story building and a home. It also caused the death of a man. The reason for the formation of the sinkhole is thought to be the weak material the city is built on – volcano pumice.

12. As soon as a Guatemalan woman gives birth, she would have a hot tortilla drink. They believed that drinking this would help produce abundant and healthy breast milk. Moreover, they put a red bracelet on a newly born baby’s right hand. It serves as protection from bad-spirited people.

13. As part of the Christmas celebration, it is a tradition among Guatemalans to fire guns into the sky. Sadly, the Guatemalan tradition kills 5-10 people each year due to the falling bullets after the performance.

14. Native indigenous groups worship a statue whom they call Mashimom. He takes the form of a moustached little guy dressed in a suit and hat. The Guatemalans offer up cigars and booze to the statue for it to bless them.

The Guatemala City (GUA) La Aurora airport and the international airport near Santa Elena are served by several major airlines. There are a lot of connecting flights from India to Guatemala.

Tourists usually reach Guatemala by car and bus routes from Mexico El Salvador and Honduras through the pan American Highway. You can opt for tourist buses that leave from the terminal at Belize House and arrives at Flores or the Guatemala City.

Semuc Champey: One of the most precious natural jewels in the country, Semuc Champey is located in Laguna Lachua National Park. Getting there can be a bit of a trek once you lay eyes on this beauty you’ll be completely blown away! Once you get there, you can relax the bumps away with a swim in gorgeous turquoise blue pools atop a natural limestone bridge.

Click here to read about Semuc Champey in detail!

Lake Atitlán: Lake Atitlan is a mystical lake hidden deep in the Guatemalan mountains. Its shoreline is dotted with Mayan villages, with Panajachel, San Pedro and San Marcos being the most popular ones, surrounded by epic volcanoes and mountain scenery.

Flores: With copper-coloured rooftops, cobbled streets and vivid painted buildings, the island town of Flores is a backpacker hotspot. It is located on a tiny island in the middle of Lake Petén Itzá. For many tourists, the main reason to visit Flores is its proximity to the famous Maya ruins of Tikal. But the island city itself is a well worth your time to explore its colourful colonial streets, visiting the churches or watching the sunset over the water.

Tikal: Tikal is Guatemala’s most famous and popular visitor attraction. The well-preserved ruined city of Tikal, occupied between approximately 600 BC and AD 900, showcases more than 3,000 structures, from pyramids and temples to plazas and an acropolis. It was one of the most important urban Mayan centres for more than a thousand years and is today one of the largest Mayans archaeological sites. Be sure to visit the Great Plaza in the centre; it’s flanked by the ruins of two temple-pyramids.

Volcano Pacaya: Guatemala is home to over 30 volcanoes but because of its close proximity to Antigua and a fairly easy hike to the top, Volcan de Pacaya is by far the most popular one. It is actually one of those places where you can actually see red-hot lava flowing down the side of a volcano as you ascend towards it. 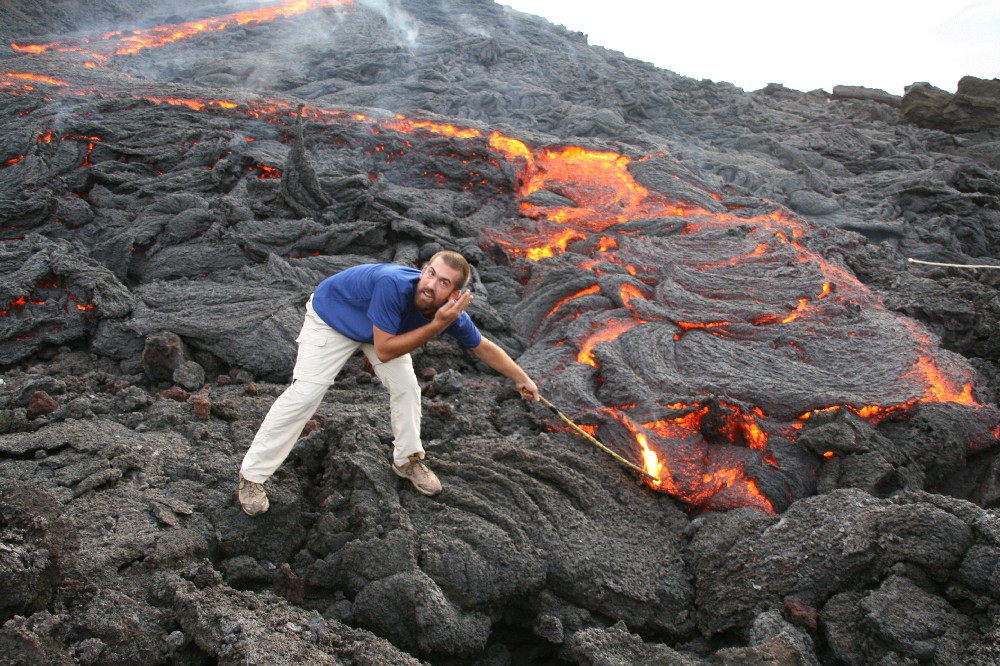