Australia is a fascinating country – home to many amazing wildlife and views, with famous buildings and landmarks which plenty of travellers long to see. Think you’ve heard a lot about Australia? Well here are a few little gems that might surprise you!

1. There are around 200 different types of races and cultures within Australia, making it one of the most multi-cultural nations in the world.

2. Australia was the second country in the world to give women the right to vote in 1902.

3. Nowhere has a higher gambling rate than Australia, with more than 80% of adults involved regularly in some form of betting or gambling.

5. Australia is the only continent in the world without an active volcano.

6. If you visit one new beach in Australia every day, it would take over 27 years to see them all. No wonder that surfing and other water and beach activities are so popular! 8. After China, the largest number of sheep can be found in Australia. With many more sheep than humans, there are approximately 100 million of these animals across the country. This also means that Australia is one of the world’s leading producers of wool.

9. The Great Victoria Desert is larger than the whole of the United Kingdom, and is just one of Australia’s many dry areas.

10. The cleanest air and water on earth can be found in Tasmania. 11. There are so many different types of species in Australia that only 25% of them have been discovered and are known to humans. This leaves 75% which are totally undiscovered as of yet.

12. There are 19 world heritage sites in this country.

13. In 2006, an Australian man once tried to sell New Zealand on eBay. A prankster in Brisbane put New Zealand up for sale on eBay, the online auction site. Brisk bidding saw the price quickly climb from just one Australian cent to A$3,000, until eBay managers pulled the auction from the website.

We are not listing the most popular attractions like Sydney, Gold Coast, Melbourne and Cairns because everyone already knows these places and would be going there.

We are sharing a list of places beyond these obvious beauties, that you would fall in love with if you choose to visit.

1. Great Barrier Reef Marine Park: It may be Australia’s most famous attraction but with good reason! The Great Barrier Reef is one of the seven wonders of the natural world. Located in the Coral Sea, this world heritage-listed site is visible from outer space and is one of the largest living structures on the planet. It occupies a mammoth area including more than 3000 coral reefs and hundreds of scenic Islands.

2. Fraser Island: Fraser Island, just a short ferry trip from Hervey Bay, is the largest sand island in the world. It is one of the coolest Australian places to see because of its 75-mile long beach! Rent a four-wheel drive truck in the town of Noosa and start your adventure to one of the wildest drives you’ll ever have. It’s an island with sand dunes, dingos, tidal pools and shipwrecks. 3. Uluru: Deep in the heart of Australia’s Red Centre, Uluru (formerly Ayers Rock), is one of the most photographed natural wonders in the country. Located within the Kata Tjuta National Park, this striking red monolith sandstone formation, meaning ‘shadowy place’, stands more than 348 meters high. This is one of the best places for hitchhiking in Australia. 4. Yarra Valley: Melbourne is one of the very few cities in the world that can be traversed in a hot air balloon and Yarra Valley is the place to do that. Ballooning over the Yarra Valley takes you above one of Victoria’s most spectacular winery regions, offering breathtaking views of the lush landscapes and vineyards. 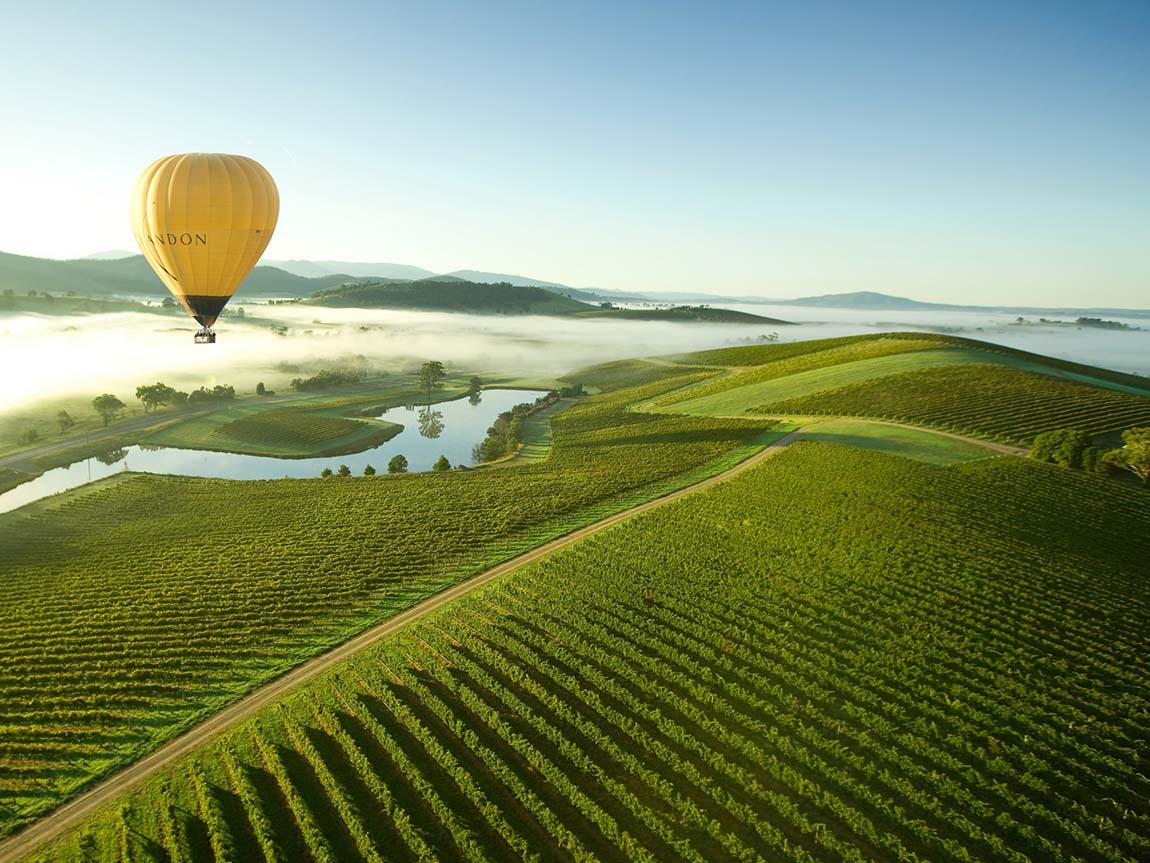 5. Daintree National Park: A Wet Tropics World Heritage Area, Daintree National Park in Far North Queensland is among the most ancient ecosystems on Earth. The park encompasses two main sections: Mossman Gorge, where crystal clear waters gush over granite boulders, and Cape Tribulation, one of the most beautiful places to visit in Australia, where rainforest meets reef along the white sandy beaches of the Coral Sea. 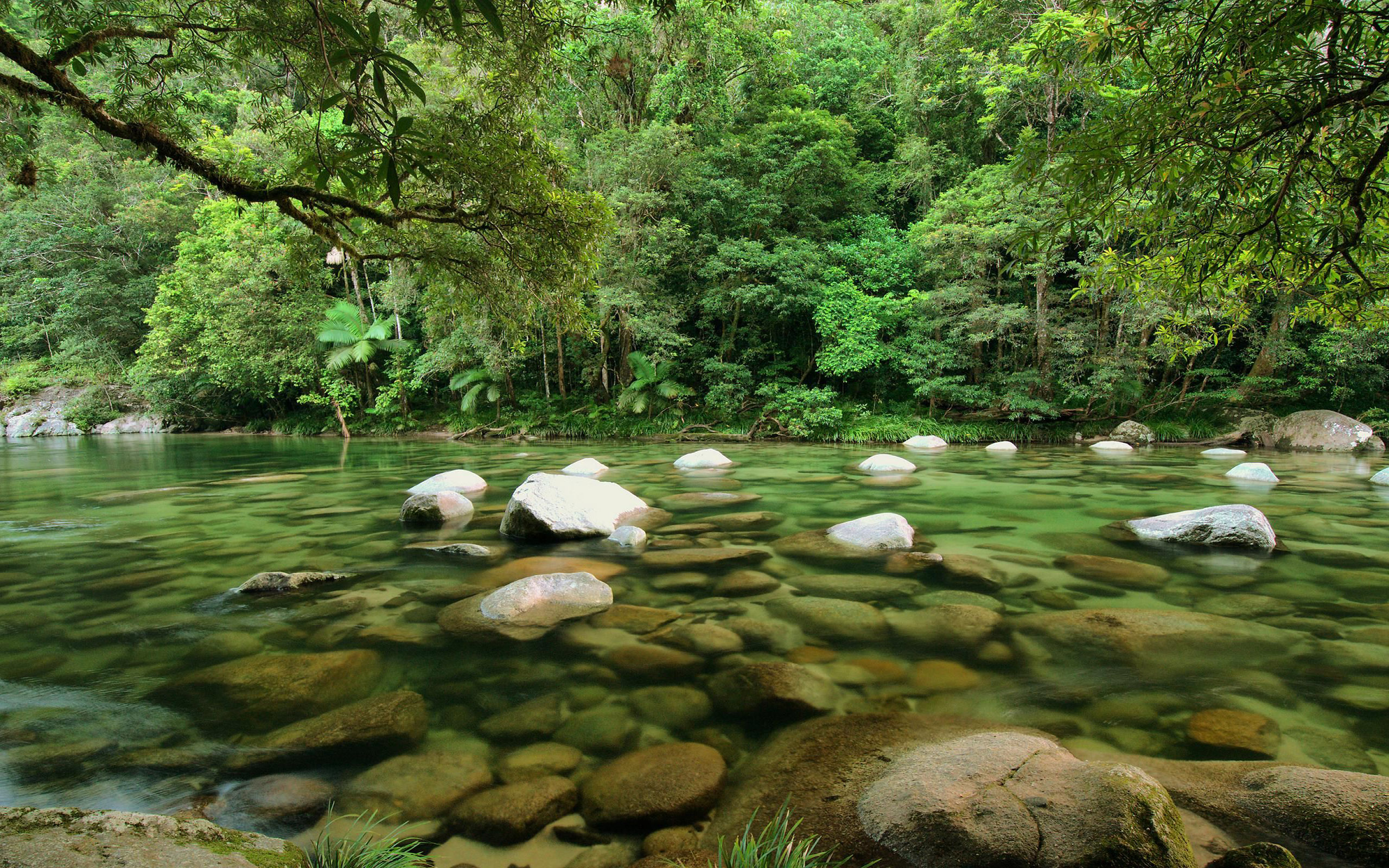 6. Horizontal Falls Scenic Flight: If you are here to experience some action, then this is the right place to head to. Here you will get to climb on a seaplane for a scenic ride to the amazing horizontal falls. The falls are rumbling tides which go through two versions of narrow gorges. 7. Cable Beach: Cable Beach is a stunning piece of dazzling turquoise sea and white sand. With seemingly endless white sands and turquoise water, it is one of Australia’s best beaches, and riding camels at sunset is one of the most popular things to do here. 8. Whitsundays: The Whitsundays are a group of 75 islands off the coast of Queensland. When visiting the Great Barrier Reef, you must spend some time here. These islands are located right in the heart of it! Beautiful white sandy beaches, swirl effortlessly with the turquoise water. 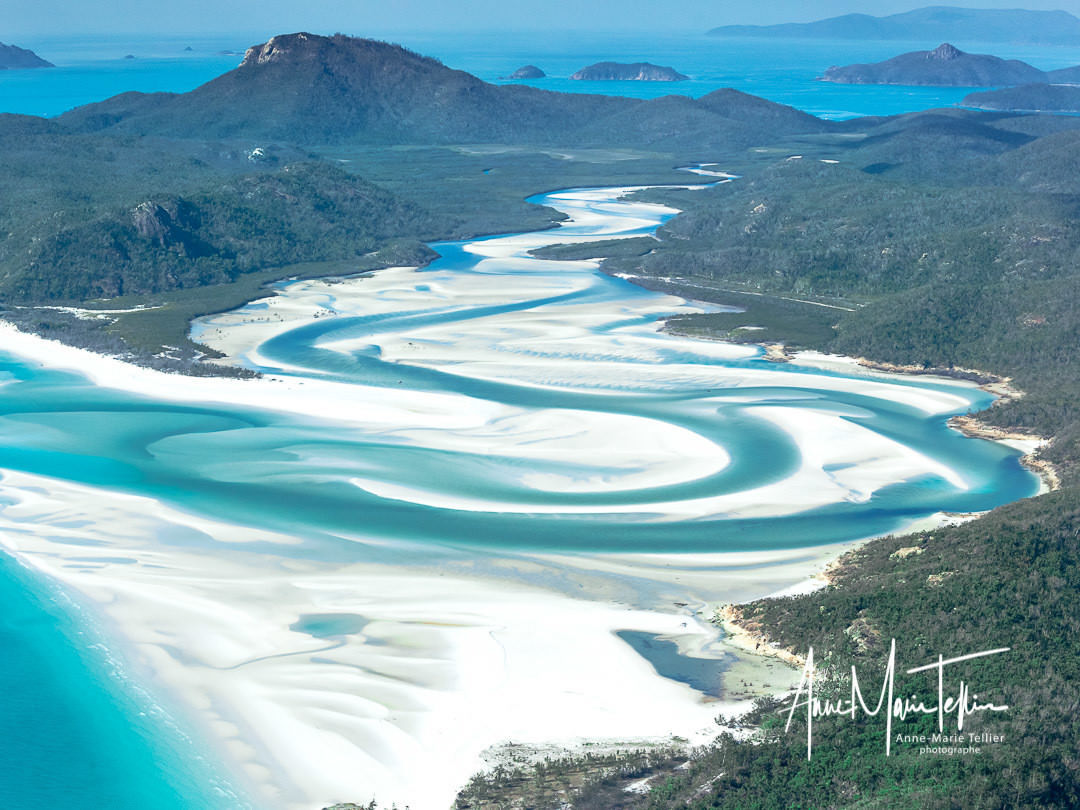 9. Twelve Apostles: Located in Victoria, the Great Ocean road is considered to be one of the most scenic and best driven roads in the world. Don’t miss Twelve Apostles, the spectacular formations of limestone stacks beside the stunning turquoise ocean. The 243 km ride from Torquay to Allansford is itself a blissful drive. 10. Kangaroo Island: Kangaroo Island is located off the coast of South Australia. It is a spectacular wildlife haven for Kangaroos, Koalas, Seals and Pelicans. The striking, wind-sculpted rock formations, known as the Remarkable Rocks and Admirals Arch in Flinders Chase National Park are other distinctive features of the island, and you’ll find plenty of hiking trails along the soaring sea cliffs and in the pristine forests. 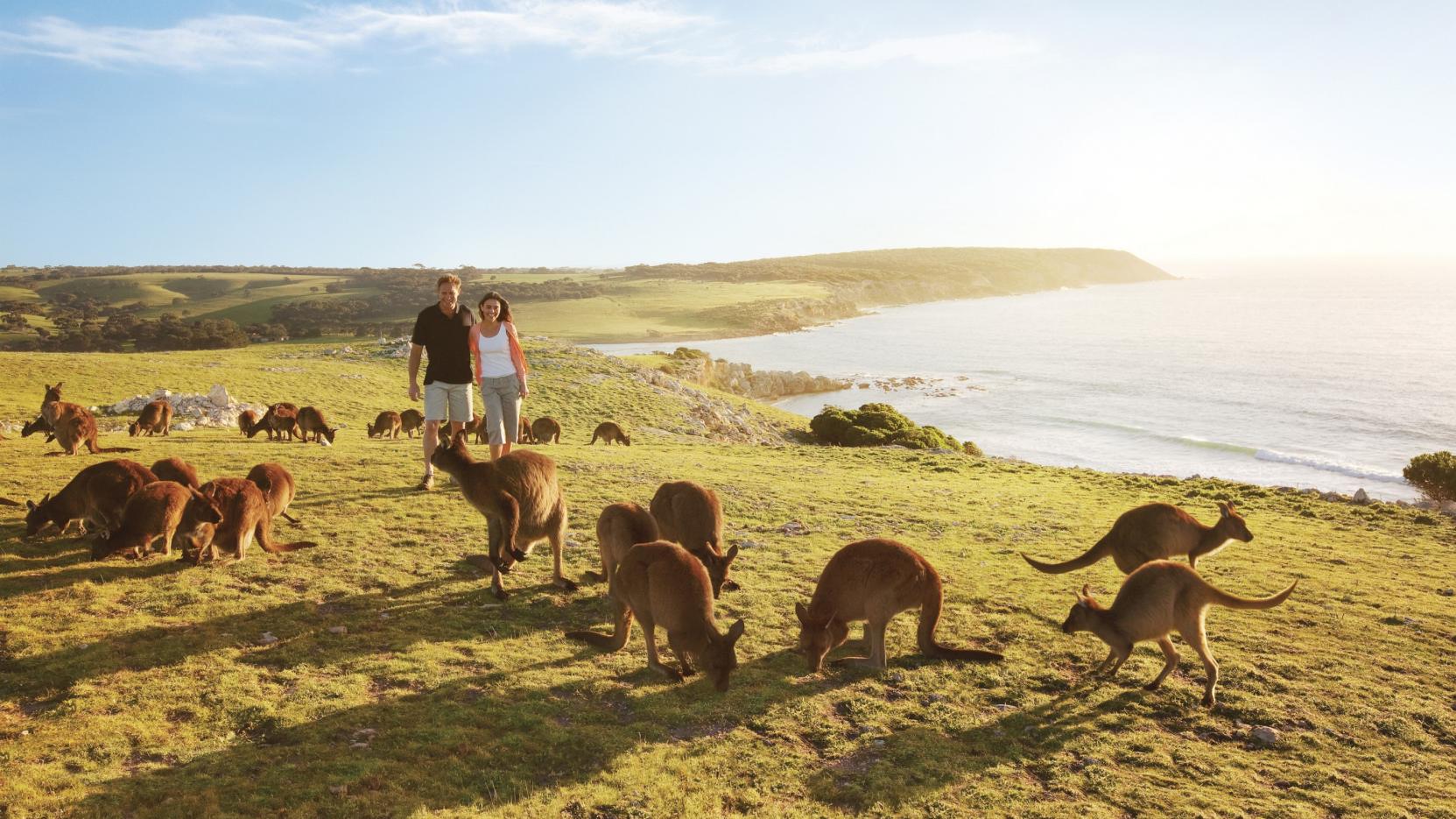 11. Lake Gairdner: Lake Gairdner is a Salt Lake in the Gawler Ranges of South Australia. It feels as if you have stepped on another planet when you visit the lake. The lake itself is an impressive sprawl of white landscape but being surrounded by the red hills of the Gawler Ranges make for the picture-perfect spot. 12. Maria Island: This little island on the east coast is kind of like a mini-Tasmania, without the people. It has everything you want to see in Tasmania all in one place: convict heritage sites, amazing wildlife, and great outdoor activities like hiking, biking, and camping.