Countries that once belonged to the Soviet Union are rich in history. Most of these countries have different sets of cultures. One of these countries is Armenia – a country located in Western Asia. Armenia shares its borders with Turkey to its west, Azerbaijan to its east, Iran to its south, and Georgia to its north. The country has a rich history and magnificent scenery.

Here are some fun facts about Armenia!

2. Cars run on natural gas. A fun fact about Armenia is that it leads the way towards achieving 100% natural gas to reduce air pollution. In 2006, Armenia already had about 30% of their cars use natural gas. In 2015, the percentage increased to about 77% of the total population. Cars used by Armenia are converted so that engines can use natural gas instead of oil or diesel.

3. The Armenian Apostolic Church was founded by two of Jesus’ apostles: Thaddaeus and Bartholomew. They preached Christianity in Armenia between AD 40 – 60. In AD 301, Armenia became the first nation to adopt Christianity as the state religion.

4. The country is home to one of the world’s oldest cities, Yerevan, which was constructed before Rome.

6. The first church in the world was built in Armenia. Holy Etchimiadzin was the first state church built in the world back in the early 4th century. This place is also the headquarter of all the churches in Armenia and it’s one of the most visited pilgrimage sites in the world.

7. Armenia is one of the oldest wines producing country in the world. It’s attributed to its blessed location of being on the fertile valleys of Mt Ararat where high quality grapes could be grown.

8. The city of Yerevan is called the “Pink City”. The capital city of Armenia is often called by many as the “pink city” because of its pink-coloured walls that have been built a long time ago. The tough material used for constructing these buildings was the pink tuff stone that came from volcanoes, an interesting Armenia fact. However, because of the 1988 earthquake, most of these buildings were damaged and had to be repaired.

9. A war is still being waged against Azerbaijan. Even if there is no ongoing battle, Armenia is technically still at war with Azerbaijan. The Nagorno-Karabakh War happened in 1988 because ethnic Armenians in Nagorno-Karabakh wanted to be separated from Azerbaijan. Small battles in the borders continue until the present day, even after a ceasefire was signed in 1994.

10. There is no discrimination between tourists and locals in Armenia. This has got to be one of our favourite points! Tickets to all attractions in Armenia are priced the same for both locals and tourists. Also, it’s free entry to all the churches in Armenia, which is pretty amazing actually

11. The entire country worships Mt Ararat which is also the national symbol of Armenia. Mt Ararat protected Armenia from a super strong earthquake! They also believe that the peak of Mt Ararat was where Noah’s ark was found. But sadly, Mt Ararat is not even within the territory of Armenia at the moment. It’s in Turkey. 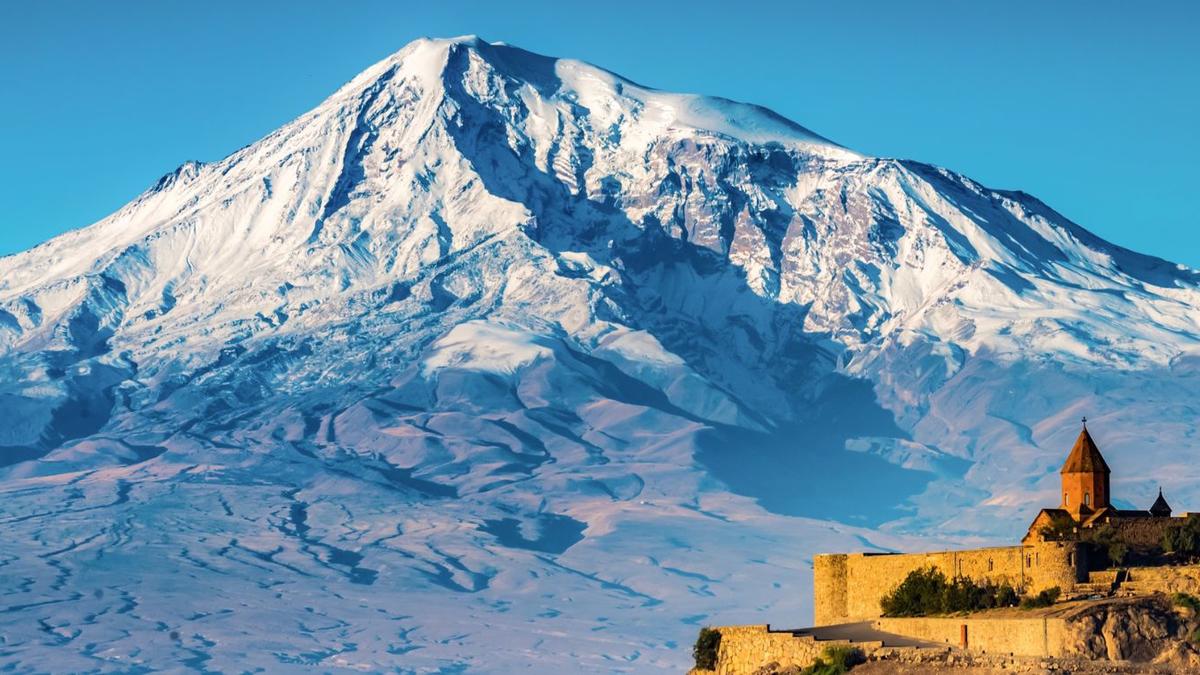 12. Armenia suffered a genocide in 1915 that resulted in the deaths of more than a million Armenians. The country marked the 100th anniversary on April 24th, 2015.

13. The country has a restriction on playing guitars, pianos, drums, or any other musical instruments at night. Anyone caught in the act is charged in a court of law.

14. Apricots are a special type of fruit in Armenia. Armenians love the fruit so much they incorporate it in wine, brandy, and juice.

1. Dilijan National Park: Dilijan, 100km northeast of Yerevan, is the greenest place in Armenia. The peaceful, rolling hills and mountain ranges that make up most of the national park’s territory are covered in endless forest, with twinkling streams and babbling brooks coursing through the undergrowth. The park features a plethora of cultural locations like Goshavank Monastery, Haghartsin Monastery, Jukhtak Vank, etc. 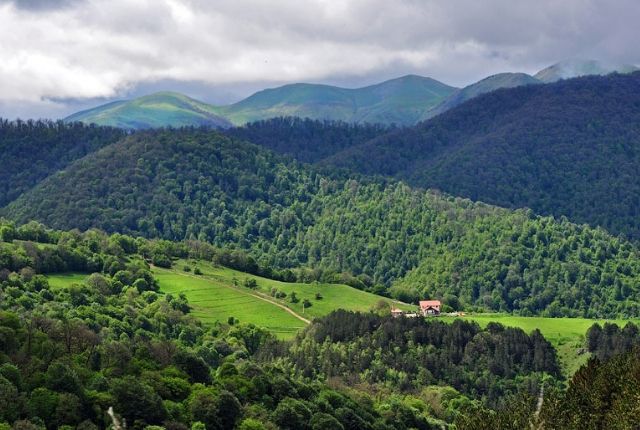 2. Khor Virap Monastery: Located about 45 minutes outside of Yerevan, Khor Virap is perhaps best known for its stunning backdrop of Mount Ararat, historically part of Armenia but later annexed by Turkey.

3. Lake Sevan: Lake Sevan, found in the heart of Armenia, is the country’s largest lake and a beautiful place to visit during a break in the country. The lake is surrounded by some stunning monasteries – the most impressive of them being arguably the Sevanavank Monastery – providing a glorious scenic backdrop to a relaxing trip. 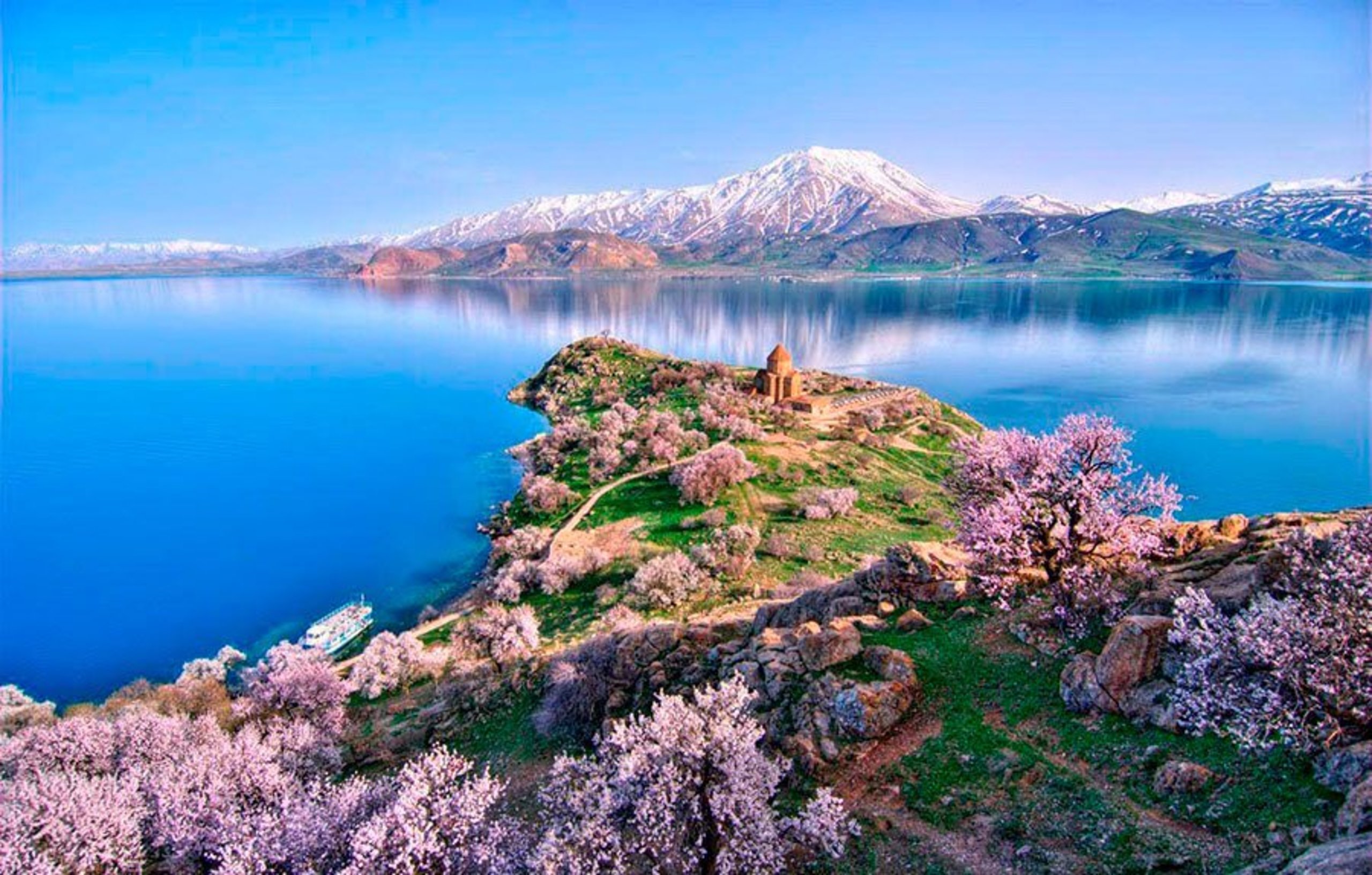 4. Monastery of Geghard: Geghard monastery was found in 4th Geghardavank is a holy place, where the spear by which Jesus Christ was pierced on the cross by Roman soldier, is kept. The monastery is designated by the UNESCO as World Heritage Site.

5. Tatev Monastery: Armenia has its fair share of provincial monasteries, but Tatev is an incredibly special one to visit. Built in the 9th century and later serving as both a monastery and a university, the Tatev complex is one of the most historically significant places to visit in Armenia. 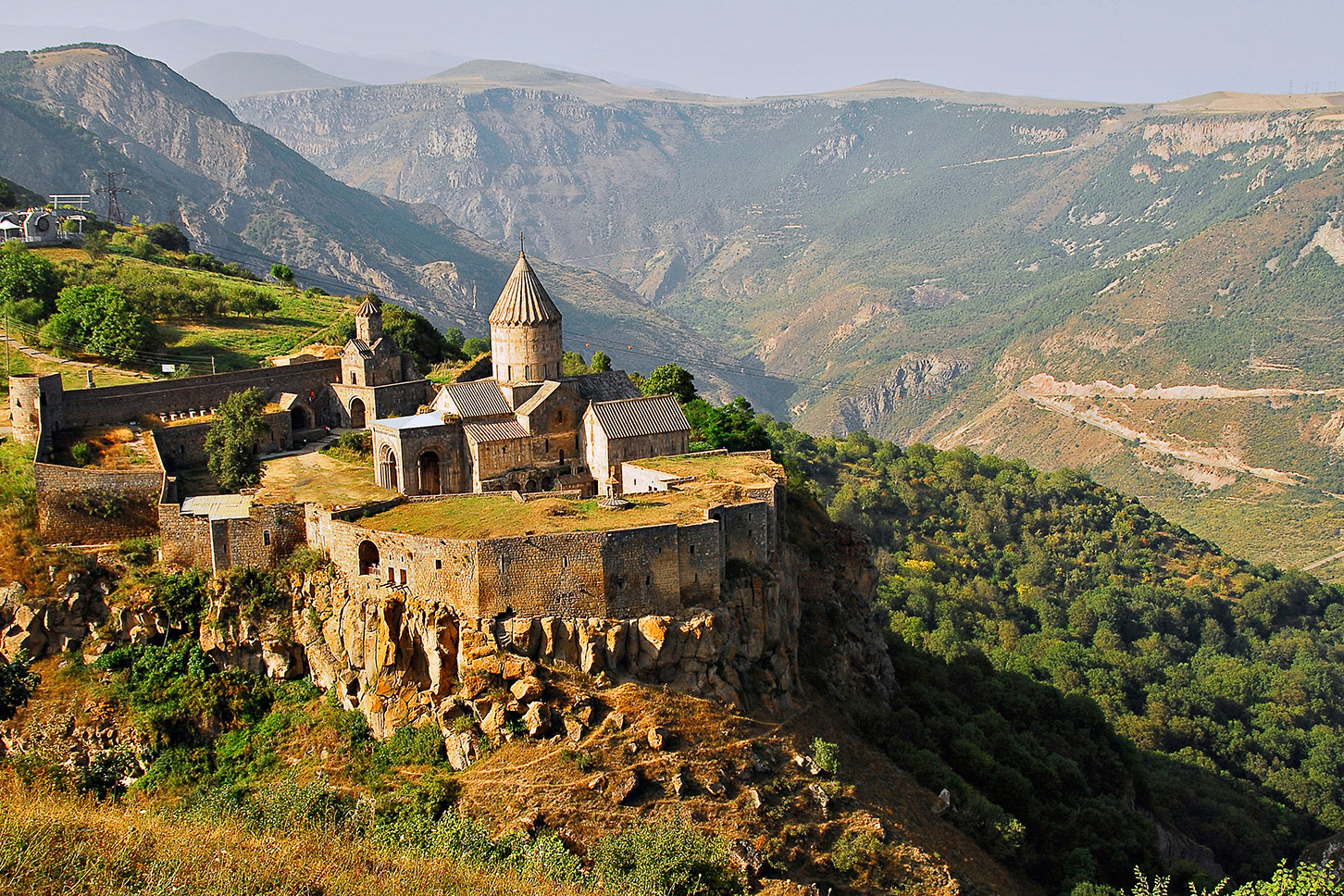 6. Jermuk: The mild climate, healing mineral water, and marvelous natural beauty are something that contributes to making Jermuk as the most inspirational place for tourists to explore and popularize among them as a famous spa city in Armenia. While visiting this place, never forget tasting the healing mineral water, which you can do by visiting the Gallery of Water. 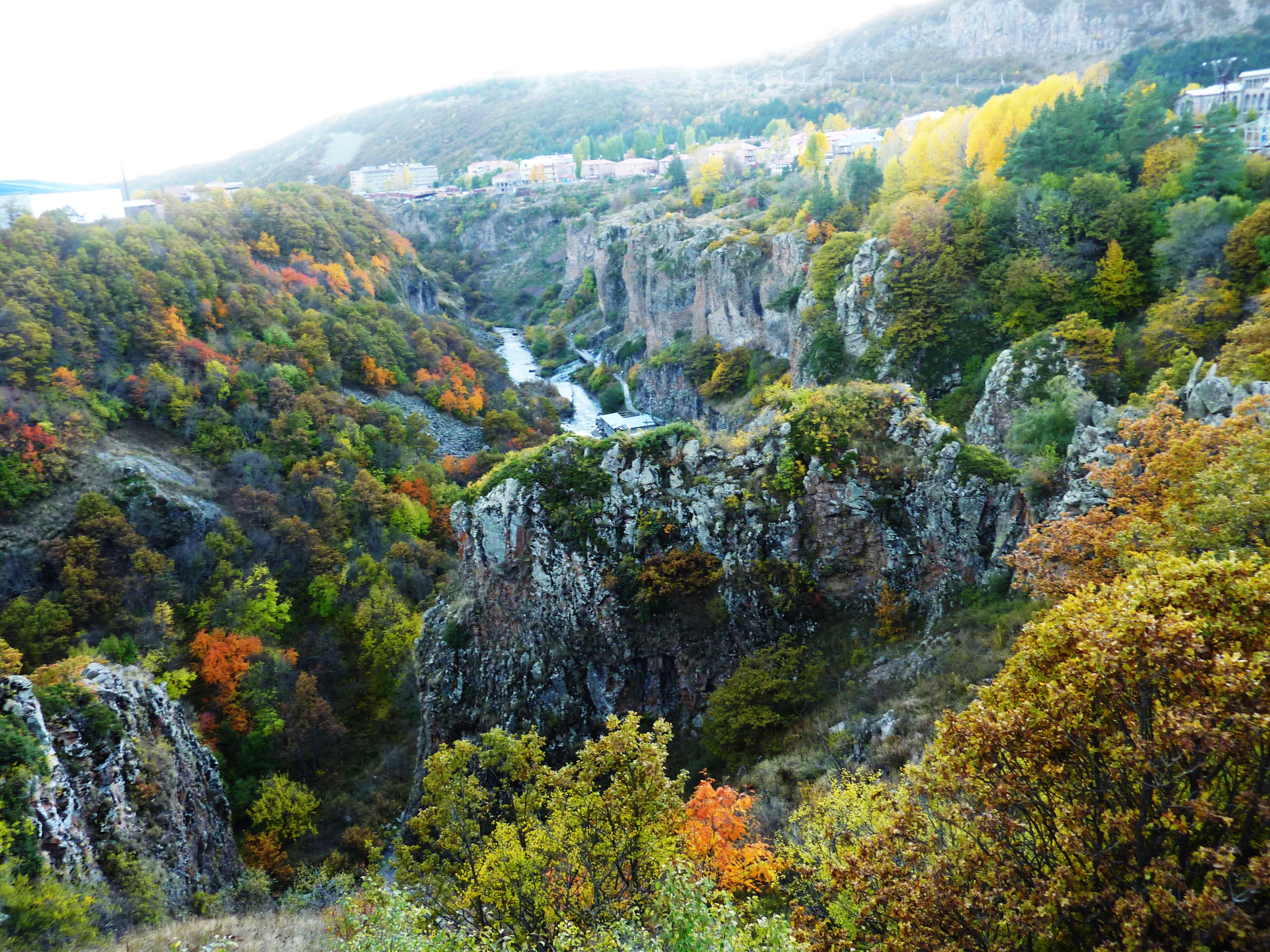 Click here if you want to read about Armenian Cuisine!