Cue the white saree, the recklessly abandoned long hair, the sound of nails dragging on a board, the eeriness of bats flying…its about to get spooky! What is it about horror that fascinates us so much? Whether you’re doing an overnight journey in a bus, huddled up around a bonfire or just sitting about in a room, somehow ghost stories almost always come up. Adding to the mystery are actual places that are believed to be haunted. So, today we are looking at some havelis and forts in India that are considered to be haunted!

Click here to read about mystical creatures from around the world!

I’m sure you expected this name, the moment you read the title of this article because how can any discussion on haunted places in India be complete without mentioning Bhangarh? The Kachwaha Rajputs used to preside over a kingdom here in the ancient times. The fort itself was built back in 1573 AD for the then prince, Madho Singh. But the story that gives it fame is actually one that involves a princess, a beautiful princess. A sorcerer was smitten by the beauty of the princess Ratnavati. He wanted her to fall in love with him, so, he resorted to black magic. He even added a love potion to a perfume purchased by the princess’s handmaiden at the market for her royal employer. However, Ratnavati got wind off the plan and instead had the lovestruck sorcerer killed. In fact, some believe that she threw the bottle of perfume which transformed into a boulder that went flying and killed the magician! As he took his last breath, he cursed the princess and the whole town, saying that it will be abandoned forever. Soon after the kingdom came into war with the neighbouring Ajabgarh. The princess lost her life and it has been said that life doesn’t come easily in this haunted land. From stories of collapsing of houses to that of spirits performing outside the fort temple, the town has for years remained abandoned. Its closest inhabited land being a village over 5 kilometres away.  No wonder the Archaeological Survey of India had to take strong measures and restrict entry to the fort to be only post sunrise and up until the Sun goes down. Ah if you do feel like going for an evening walk, this is not the place I’d pick!

Haunted or hallucinated? This is the question that one toys with when one thinks of Delhi Malcha Mahal. The mahal belonged to a family that claimed to be ancestors of the royal family of Oudh. Princess Wilayat Mahal was believed to be the begum of Oudh, who lived in this mansion with her two children Princess Sakina and Prince Riaz. After their death there have been claims as to the lack of surety about whether they were truly of royal blood and descend. The government had seized considerable property belonging to the family which was given to them by the Britishers. This included the mahal but as a mark of protest the 3 lived in the VIP Lounge of the New Delhi Railway Station for 9 years. After a nearabout decade the family was handed the mahal once again but by this time it was not equipped with basic facilities and is said to have been occupied with bats, insects and unknown creatures. The secretive family went further into their shell after moving back, refusing to let anyone on their property, so much so that they once set their dog to attack a trespasser. Much has been said about their state of mind. It has also been claimed that when the begum died, the children lived with her body for 10 days before burying it. After it was buried looters dug it up in search of riches, pushing the children to burn the body eventually. The last resident, Prince Riaz, died in 2017 and since then the mansion was looted and plundered completely. Now it is found to be standing on dilapidated toes that speak of once being a royal affair but today have been turned into being bricks and stone smeared with markings, infested with pests, covered with strewn cigarettes and bottles, etc. With this, stories have also run wild about how the place is home to spirits but the veracity of this remains unknown.

Yes, my dear Bollywood lovers, this is the very same Shaniwar Wada that was mentioned in the film Bajirao Mastani. The fort was built in 1730 in honour of Bajirao I. It eventually went onto become the seat of the rulers of the Maratha Empire, the Peshwas. When Peshwa Narayanrao was a mere 17 years of age, he was crowned as the peshwa as both his father and elder brother were dead. But on account of his young age his uncle Ragunathrao became the regent of the kingdom. Whether it was the desire of the regent himself or the doing of his wife Anandibai, it is unclear. But it is said that Anandibai wanted to become the queen and all that was in her way was the young peshwa. So, she convinced her husband to issue an arrest warrant for him and without his knowledge blotted it to become a death sentence! Soldiers were bribed, the guard was bought. Narayanrao woke up from sleep on hearing the footsteps of swordsmen approaching him. Seeing death staring him right in the face, the young ruler screamed for help but got none. He went scrambling towards his uncle yelling his plea, “Kaka, Mala Vachha” meaning “Uncle, Save Me!”. In the next moment itself he was assassinated by one of the sword bearers. Although the part of the fort that has survived to this day is visited by tourists, it is believed that no one enters the fort at night time as the demonically murdered Narayanrao now haunts the fort. Those who have stepped inside at the dark hour have heard his last words whispered into their ears, “Kaka, Mala Vachha”. My Pune people, I hope your adventures here will be in the daylight, to avoid your needing any saving. 😉

On the outskirts of the city of Hyderabad stands the magnificent fortress with both Hindu and Islamic influences in its architecture, the Golconda Fort. It was initially constructed as a mud fort back in 1143 but through the centuries as it changed hands of rulers, its structure became much more sprawling. The Qutub Shahi Dynasty is known for having enjoyed the royal taste of life. There are two pavilions called Taramati Gana Mandir and Premamati Nritya Mandir standing atop hillocks. It is said that the legendary sisters, Taramati and Premamati, after whom the structures were named would perform there while the king would enjoy their performance from the fort. Abdullah Qutub Shah was narrated to have been in love with Taramati, building even the Taramati Baradari, 12 doorways open auditorium for her. Two different schools of thought debate over whether she was a singer or a dancer. But there are claims that the much-adored courtesan of the 7th sultan has been seen dancing in the fort…centuries later! Some claim that the performer’s acoustic melody can be heard in some ruins, while others say that her spirit has been seen dancing. But it isn’t her alone who has been spotted at the fort! Stories also mention that spirits of other rulers have been seen. Then there are incidents of old photographs having been turned upside down and of utensils being thrown against the ruined walls when there was no human presence in sight. Tourist spot by day, abode of spirits by night?

In the city of Junagadh, on the foothills of the Girnar mountain ranges stands a tall fort from centuries ago, Uparkot Fort. The name of the monumental structure literally translates into the upper citadel. While the fort premises have remnants dating back to 2,300 years ago, the area also houses caves some of which can go as far back as o the period between the 1st – 4th centuries AD! A popular attraction of the fort is in its history. It has been told through the course of time that the fort was actually besieged a whooping 16 times but it continues to stand mightily till the present day. Amongst these the most mind boggling one is certainly that of a 12 years long onslaught. Yes, one that lasted for a dozen years! Such trials and tribulations have caused it ruin and loss but the frayed structure did not fail. Within the fort is a mosque that was converted out of a former palace. The mosque named Jama Masjid also fell prey to the political battles and today it stands as a single tower. But this remnant of the disused mosque is eagerly avoided after the Sun has set in Junagadh. Why? Well, the locals believe the land surrounding the masjid to be haunted. They have reported hearing eerie sounds in that area and have also mentioned instances of paranormal activity occurring here. Once a rare roofed courtyard adorned with domes and octagonal openings is now tiptoed around by the inhabitants of today who find the unexplainable around it to be a cause of fearing it.

Built by Sultan Feroz Shah Tughlaq in the year 1354, this fort is marked as one of the oldest structures in the capital of our country. It is a symbol of the presence of the Tughlaq Dynasty in Delhi. With close proximity to the water, this complex was built in order to resolve the problems of a water crisis. But ladies and gentlemen, I now want you to brace yourself for the “kahaani mein twist”. Yes, it is believed that Feroz Shah Kotla is home to spirits. However, these spirits are actually revered and not necessarily feared. Um before you start picturing “Casper the Friendly Ghost” floating about between the walls of this fort, let me tell you that we are talking about djinns. These supernatural spirits are recorded in both, positive as well as negative light. They are believed to have come into existence through a smokeless fire. The mosque inside the fort is barely standing yet believers flock to it to pray to the djinns. They are prayed to not in the form of idols but simply as paintings made on the broken walls. Those who kneel down in prayer come offering milk and flowers to the supposed genies. The belief has gone as far as people bringing individuals here whom they thought to be under the influence or control of evil spirits. Thereafter, exorcisms have actually been performed here in the belief that the djinns if appeased will help one free a person of evil presence! The fort sees believers and sceptics all visit it in equal proportions, some coming with hope, others with questions. As for me, I cannot comment on the reality of this presence but I quite like how suddenly the age-old narrative of spirits doing wrongdoings got a positive spin here, suggesting that no matter what the species, we cannot write it off as completely evil.

Click here to read about Seven National Parks to visit in India!

What to eat in Norway! 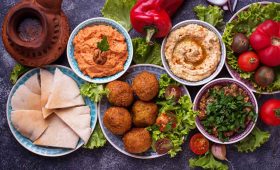 A Guide to Israeli Cuisine 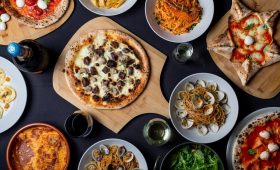 A Guide to Italian Cuisine