To walk on water would make someone seem like a godly figure. To walk on ice would be quite close too, not in the aspect of feeling godly but certainly in terms of feeling magical. Because if walking on ice doesn’t qualify as magic then what does? Yes, ice. Not snow. A sheet of ice, a frozen river. Tell me now, how else do you describe the feeling of walking on ice, of walking on a frozen river? Sometimes magic is more than an illusion. Sometimes it is real but feels so extraordinary that one can’t stop themselves from calling it just that, magical.

How to reach: Reach Leh and from there make your way to the trek starting point at Bakula via Chilling. Chilling can be reached by road for which you can book your taxis/cars in advance. To reach Leh either you can fly in to Leh directly, however, since that can be expensive, as an alternative you can fly in to Srinagar and then travel by road till Leh. For the second option make sure to keep two extra days in hand so that you reach comfortably.

But just because something appears to be magical doesn’t mean it isn’t difficult. The Chadar trek is fairly challenging because of the region it is in. The Zanskar Valley is painstakingly breath-taking and just as painstakingly demanding. The winter months see growth of very few crops and drop in vegetation. The temperature dips to unimaginable numbers in the negative line. Thus, the region turns into a white wonderland straight out of the most stunning Christmas movies you and I have ever seen. But presence of beauty does not diminish the presence of difficulties too. Haha no no, dear reader, I’m not trying to dissuade you from taking this epic adventure. I’m just asking you to be prepared for everything this adventure may throw your way! After all “Winter is coming” has had both positive and negative connotations, right? ?

A proverb in the local Zanskari tongues states “In early winter, the Chadar measuring the thickness of a goat’s rib can support the weight of a yak; but later the Chadar, even of the thickness of a yak’s rib, cannot support the weight of a goat”. The word “chadar” in Hindi signifies sheet. The freezing up of the river here in the winter months makes it resemble a lavishly strewn cloth of white draped like a sheet atop the land the trekkers worn on. The proverb is a local saying, a testament to the tough terrain the trekkers take themselves upon. They also tell a story about how historically if someone from the area was taking this treacherous trail, they would first clear all their debts and dues just in case things took an unexpected turn.

Such hearsay from locals is rather interesting because at the same time the locals frequent it just as much as the visitors too. This highway made from natural ice is named “Khado Sanglam” by them. Though a trek in the last decade or so, it was originally actually discovered as a trade route between the Zanskari and Ladakhi people over a 1,000 years ago! The months of winter see the temperature touch – 40 degree Celsius, making its frozen state visible for just a few precious months every year. All individuals in the area, including school going kids use it to make their way. Some folks are said to even wait for the river to freeze so that they can walk over it and make their way home after months of being away. I guess to them this chadar has a warmth much like an actual sheet too.

Somehow the mind does ponder over the wildlife in the area. So, yes, to ease the riddles of your mind, one can actually spot snow leopard footprints along the trail. Who knows who might be lucky enough to spot them too? And on rare days, one sees fish scurrying away under the sheet of ice that you tread upon. Incidentally, while the sheets don’t break often (thankfully), they do shift. It is said that the ice formations do shift due to their natural process, so, you may not necessarily be taking the same trail back as the one you take when you wander in. Tell me now, oh adventurous one, are you game for walking into the unknown? ?

In addition to the fascination of walking on a frozen river, Chadar offers other surreal experiences too. You will spot not one but multiple frozen waterfalls. The view leading you up to your final destination is striking in itself. Looming over you every now and then are waterfalls that have frozen and it looks as if they belong to another time. They may even make you think of the Ice Age itself. Aree the movie! But jokes aside it looks like another world. And if you are lucky, you might just see a droplet flowing down the waterfall and freezing right before your own eyes.

All the aura and the mystique are layers magnifying something that is already so spellbindingly beautiful. No matter what its challenges, what no one can take away from the trail and its prized destination is the fact that it is simply stunning. The scenery all around you is otherworldly as if you have reached a world that has so far always been frozen and now mankind has stumbled upon this wonder. You will even cross caves, almost 10 of them, in a region that has thankfully remained untouched by the outside world, thus, preserving its raw unadulterated existence.

While a number of treks are beautiful in their right, there is something about Chadar that makes it unique. You pass through sludges. You see frozen bits of water pointing below. You hear the slight crunching sound of ice below your shoes. You see surroundings that aren’t just doused in snow but seem to be frozen all around. I mean if Elsa had to exercise her powers and freeze a whole land, then Chadar is probably how it would look. :p And for those who didn’t get the reference, please watch Frozen!

Click here to read about Pin Bhaba Pass, a beautiful trek in Himachal!

And of course, since you have entered the Ladakhi lands you will find yourself blessed with a gazillion stars in the sky. If you’re lucky you’ll see a chadar below your feet made of frozen water and you’ll see another chadar above you made with a thousand or so stars. And together you’ll be wrapped in the beautifully of the land and the sky both.

Take on the adventure if its challenges thrill you just as much as its terrain. Let your mind be tickled by what the locals here have seen, experiences and by their lifestyles. Prepare for every possibility you can imagine and then let go of yourself in the frozen embrace of nature to give you warmth as you find yourself awestruck by its wonders. And I have a feeling that you will make a memory for yourself that you would want to remain frozen in time. 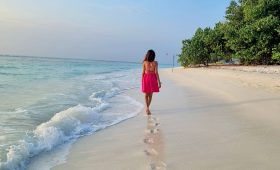 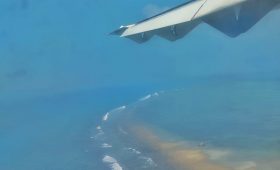