“Life is too short to drink bad wine.” So here is our guide to the best wine-producing countries on earth. Doesn’t matter if you like the reds or the whites, you’ll find something for everyone. Cheers!

Italy is on top of every foodie’s list. But how do you gulp down that delicious and huge amount of food? Of course with a glass (or maybe a bottle) of wine.  The country not only produces one of the finest quality of wine but it also produces the most of it.

Winemaking in Italy dates back as far as the 2nd century BC, initiated by the Greeks and Etruscan settlers. They pioneered large-scale wine production and storage techniques. Italian wine is renowned around the globe for its world-class finesse. Grapes, which are the primary ingredients in winemaking, are grown locally and the country has an ideal climate suited for grape cultivation. There are over one million vineyards located across every region of the country. There are around 20 Italian wine regions. Most notably are Veneto, Tuscany, Sicily and Sardinia which happen to be very famous for a beautiful holiday vacation around the Italian terrain. With 500 grape varieties planted in Italy’s vineyards, both red and white wines are produced.

Sipping a glass of wine in the French vineyards on a beautiful sunny day is something you must do when visiting the country. French wine regions are some of the famous around the globe, you’ve probably heard of them, and you’re also probably aware of how expensive they can be. The Burgundy wine region in eastern France produces some of the most expensive and finest wines in the world. On a list of the 50 priciest bottles, 32 are Chardonnay and Pinot Noir from Burgundy in France.

If you are a white wine lover, then Alsace is the place to be. Red wine lovers should plan to visit the famous Bordeaux area! Initially, experts made wine from the Gamay grape, but as they have more than 12 varieties of grapes, they produce tons of different wines annually

Fun fact: Champagne is often misconstrued as the name of a type of sparkling wine. It is in actuality, the name of a region in France, where the most famous fizzy wine in the world is made from Pinot Noir, Pinot Meunier, and Chardonnay.

Taking you to the country which is said to give the world Sangria: a drink made of wine and fruits. Wine is an ancient industry in Spain. It is believed that grapes were first cultivated on the Iberian Peninsula as far back as 5,500 years ago. Today the winemaking industry in Spain is central to its overall economy. While being the third-largest producer of wine, Spain actually has more land devoted to growing grapes than any other country in the world — three million acres.

Wines in the country are classified by Spanish region and not by their grape type, since many regions are known for using a certain kind of grapes with specific characteristics. Interestingly, Spain is more famous for its red wines, although the majority of its vineyards have white grapes.

The countries mentioned above make up just under half of the world’s total production, and America is number four. The United States is a relative newcomer to wine production, with its viticulture being about 300 years old but it has surely caught up.

The United States’ wine production is not surprisingly led by California, which produces more than 90% of all wine made in the country. Napa and Sonoma are the dominating regions in California as well as the whole US, where the wineries are visitor-friendly and leaders in worldwide wine tourism. The most common wines here are oaky whites and flavorful reds. Outside of the Sunshine State, there are several other notable wine-producing locations in the US. Oregon, for example, has gained a reputation in Pinot Noir and highly aromatic white wines. This state is often compared in climate to the French wine region of Burgundy, but it actually benefits from more consistent weather. Washington state produces excellent Merlot and Chardonnay, where the Cascade Mountains act as a highly useful geological barrier from unwanted summer rains.

The Argentinian wine industry is also a product of Spanish colonization with vine plantings in the country dating back to 1557. Today, Argentine wine is renowned across the globe with particular attention paid to wines produced from the Malbec grape, which has become the country’s signature wine.

Malbec is notoriously a dark, inky grape variety in the glass that mimics its appearance on the palate. These wines are rich, tannic and bold — a variety not for the faint of heart and for those who crave a deep red wine with strong plum-based notes. The Mendoza region is the most important source of quality wine from Argentina, and it regularly draws a flow of steady wine tourists from around the world.

Wines to try: Malbec and Torrontés

In the land down under, most would recommend sampling a Shiraz or perhaps a Cabernet Sauvignon. Wine is produced in every state in Australia, though most vineyards are located in the south. There are over 60 wine regions in Australia, most of them following the terroir concept of winemaking. They prefer labeling the wine with the name of the grape variety, especially for wine lovers to know what type of wine it is.

The grapes Australia most famed for are the Chardonnay and Shiraz. About 2 million bottles of wine leave Australia every day heading to the international markets. Australia has a 2-billion-dollar market of domestic wines and is also the fourth largest exporter of wines in the world. 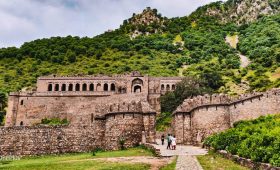 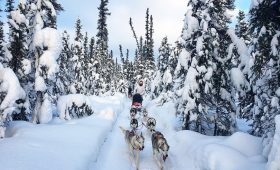 Best Places To Visit In Alaska 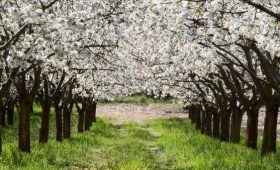