It was year 2010 when the construction of the tunnel which connected Manali to Leh was started. After a decade and a relentless work spirit shown by BRO (Border Road Organization), the tunnel is finally completed. Named after former Prime Minister Atal Bihar Vajpayee, the Atal Rohtang tunnel has become the world’s longest motorable roadway at an altitude of over 3000 m (10000 ft).

The 9 km long tunnel under the Pir Panjal range in Himachal is along one of only two routes into Ladakh and will become key to resupplying the military garrison there. The other route into Ladakh is via the Zojila Pass which connects the Kashmir Valley with Drass. If you have been to Rohtang Pass in Manali, you would remember the steep winding roads and the heavy traffic on the route with tourists who want to see a glimpse of the snow. And even though the backdrop is breathtaking, a humungous amount of time is taken on the route if you want to drive to Ladakh or Spiti. The tunnel is proving to be game changer as it cuts down the distance by 46 km. The journey which normally too0k around 5 hours would be completed in 10 minutes. Incredible isn’t it? If you were planning a road trip to Ladakh or Spiti, the tunnel will prove to be game changer for you.

Now coming to the other features of the tunnel. The horseshoe shaped tunnel is 10.5 metres wide and has a height of 5.52 metres. It is a single tube bi-lane tunnel which allows any vehicle to pass through at a speed of 80 kmph. It is also the first time in India that you will see an emergency escape tunnel under the main tunnel (after every 500 metres). This would provide an emergency exit in case of any untoward incident which may render the main tunnel unusable.

The tunnel also provides a telephone every 150 metres, fire hydrant every 60 metres, emergency exit every 500 metres, turning cavern every 2.2 km, air quality monitoring every one km, broadcasting system and automatic incident detection system with CCTV cameras every 250 metres. You can see how much work and thought has been given while constructing this ‘one of a kind’ tunnel.

While we get happy about the road trips we can go on, the main purpose of the tunnel is to help the army as it will become key to resupplying the military garrison to Ladakh. Future projects include to provide all-weather connectivity to Leh and the forward areas of Ladakh. As of now, the route remains closed during the harsh winter months and affects the army supplies as well as the livelihood of the people living in extreme conditions. Snow galleries have been built at the approach road to the Atal tunnel from Manali side, and this will ensure all-weather connectivity. But to create an all-weather connectivity, additional tunnels would have to be built on the 475 km Manali-Leh route so that the high passes do not impede movement due to heavy snowfall. A 13.2 km long tunnel would have to be built to negotiate the 16,040-feet high Baralacha Pass and another 14.78 km-long tunnel would be required at the Lachung La Pass at 16,800 feet and the third 7.32-km long tunnel would be required at Tanglang La Pass at 17,480 feet.

Let’s also applaud the people at BRO who worked extremely in such a difficult terrain to complete the project. The project was really challenging in terms of construction due to geographic conditions, weather and multiple hazards faced during the construction. One of the major challenges was faced in the Seri Nalla Zone in the south portal. The geological conditions were extremely poor in this section and the fast flowing water from Seri Nullah, which flowed on top of the tunnel route impeded construction efforts. The sheer volume of water prevented construction for several months while project engineers grappled with a way to tackle the problem. The rock structures also caused a lot of problem here as the tunnel’s face kept collapsing. It took almost four years to excavate 41 km of the zome. Can you even imagine how hard it must have been!

The terrain was dangerous and had 13 avalanche zones around the tunnel. The workforce were also given GPS trackers that could track their location and send a signal to the control room in case anyone was stuck or hit by any avalanche. In 2014, the site had to be evacuated in a hurry due to sudden harsh weather conditions. Army helicopters were used to rescue nearly 100-150 workers. Strict regulations were followed to ensure that the tunnel was constructed without any fatality in the project. And this is no less feet to achieve. Kudos to the team for their consistent effort and never let go spirit.

The tunnel will be inaugurated in Mid-September by Prime Minister Narendra Modi.

So tell me, when are you planning to drive though this tunnel? 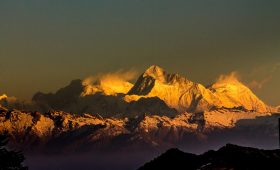 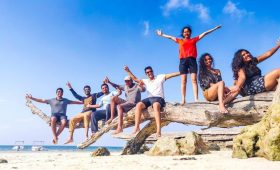 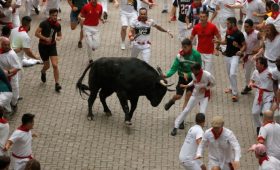