Today, I think the love for travel has smitten not just you and me but all of us and the world at large. With this increasingly the conversation around female travellers and adventurers has increased. And while there are so many stories nowadays of present-day females travelling the world, climbing up mountains and exploring as their heart pleases, today, we are looking at an alpinist from decades ago who left everyone who learnt of her inspired beyond words.

Born and raised in the lands of Derbyshire in England, a little girl born to a teacher and science officer picked up her passion for climbing hills along with her parents. After starting to climb at 6 years of age, just 3 years later she ended up climbing the tallest mountain all of Britain called Ben Nevis. Years later in an interview her father mentioned that towards the later half of the climb, she suddenly shot up and ran ahead. Hargreaves’s parents were scared that their young daughter had sprang ahead. But as they came to the top of the mountain, they saw Alison perched happily on the peak. She smiled at them while sitting 500 feet ahead, a 9-year-old!

At the age of 13, she was elated as she found out that her school was starting a rock-climbing club under Hilary Boardman. The quick learner that she was, she started covering rock faces all over Britain all by herself. After falling in love with an amateur climber named Jim Ballard, and then the two began training and pursuing their love for the mountains together. Then in 1986, she went to the Himalayas for the first time. Ah the Himalayas, any mountaineer’s true love. And just 2 years later, she took on the formidable challenge of taking on the north face of the Alps. And this also she did while being 6 months pregnant! Some applauded her for this but many others criticised her as well for taking such a risk. A woman of her own mind, she didn’t entertain the discussions and gave a crisp and irrevocable response in an interview to the Daily Telegraph wherein she stated that “I was pregnant, not sick“. And one day that same child whom she carried while climbing peaks kept on the family passion of mountaineering too. I guess his formative time had stirred up the quest for peaks within him right off the bat.

However, the married mountaineers and their growing family soon find themselves financially drained. They had shifted to Switzerland sold off a considerable part of their life’s earnings. They could not even find sponsors easily. But they got by to fund Hargreaves’s dream for climbing higher and more challenging altitudes. Around this time, in 1993 she achieved one of her biggest accomplishments in life by becoming the first person ever to scale 6 north faces of the Alps. This included Eiger, Matterhorn, Dru, Badile, Grandes Jorasses, and Cima Grande mountains. She achieved this remarkable feat all by herself and within just one season! She went onto write a book about this experience titled A Hard Day’s Summer. And although this many sound like the happy ending that you and I have been rooting for, for out mountain wonder-woman, unfortunately, that was not the case. Her stellar climbs as an alpinist and the consequent book did not get the success or the attention, they either deserved or more importantly, needed, for her and her family. This was not enough to get them out of their ongoing state and the mountaineer was yet to leave a footprint that the world would look at.

You know how they say, go big or go home? I wonder if that was the thought that popped in Alison’s head when she took on her next decision. Of simply going ahead and visiting the world’s tallest mountain itself. So, in the year 1994 Hargreaves went onto greet Mount Everest. She was back in the Himalayas and ready to let her lifelong training, endurance and I guess, heart, give in to Nepal’s most prized possession. She took off but had to turn back just 1,500 feet away from the summit. She toes had started to feel numb and while in her head she felt great, a same voice of reason within that very head reminded her that if she did not turn back, she might end up losing some limbs to frostbite. I know. Your heart is sinking. So did mine. But now I want to make your heart squeeze and soar. So, picture this woman, this mother of 2, this lifelong climber, this adventurer, and yes, finally, think of her on top of Mount Everest.

After years of striving, Hargreaves found the fame, adoration and applause she had so dearly earned. How? Well, she had ascended Mount Everest in 1995. She became the first woman in the whole wide world to do the first ever solo summit of the formidable mountain. Not only that, she also became the second person ever in the known history of mankind to successfully summit without any team and without any supplemental oxygen. She stood at 29,028 feet with no equipment to pump oxygen into her lungs. She stood there as her raw and strong self. In the first quote ever after her ascend, she sent out a message to her two children, stating that “I am on top of the world and I love you dearly”.

Fame, sponsorship, success, all came to hug her very soon after that. She left for K2 just a few weeks later. Some said it was the way an adventurer gets bitten by the thrill and cannot get enough. But what I believe was the other option, quoted by others, stating that she set off to achieve this success and achieve it soon in order to seal her family’s fate for a considerable time. You may think that lady luck was on her side but begrudgingly I have to say that it was just for a little while. She did summit K2! And yes, once again, she did so without any supplemental oxygen. She had in that moment once again written history in the snow below her feet. However, as she and her fellow mountaineers descended, 5 of them lost their lives, Alison included. The difficulty is that, that the same thing you love can at times, in the case of mountaineers, be the same thing that turns fatal. And though the world did not get to hear her words after touching this milestone, I guess she would have again told her children how she was at one of the highest points in the world, and how she loved them oh so dearly. 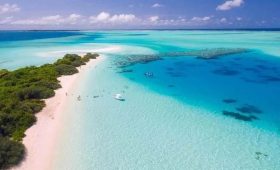