Did you know in December 2013 Washoku, the traditional cuisine of Japan was recognized as an Intangible Cultural Heritage asset by UNESCO? Tokyo is thereby the unofficial culinary capital of the world, beating all the other cities in terms of food.

The History of Japanese food is very much a large part of Japanese culture, and an integral part of the Japanese people’s everyday lives. The Japanese take food preparation, presentation, and service very seriously. One of the first things you notice about a Japanese meal is that traditionally all the different elements are separated into small dishes. It used to be considered bad form to have all the food in one bowl or on one plate! This is a dining style that originated in the Kamakura period, and it was mainly adopted from the classical Chinese style of serving food, as well as the way Buddhist tea ceremony is served.

The number five is considered important in Japanese culture, and this extends to its cooking methods, or washoku, as well. They form the basis of concepts that have been in place for centuries. This is achieved through the use of five colors (black, white, red, yellow, and green), five cooking techniques (raw food, grilling, steaming, boiling, and frying), and five flavors (sweet, spicy, salty, sour, and bitter).

So here we made a list of some of the best Japanese dishes to feel Japan through its flavours.

Sushi has become the symbol the japanese cuisine, and you can find it almost everywhere in the world now. This is one of the most famous traditional dishes of Japan dating all the way back to the 4th Century BC, and was originated from the process of preserving fish in fermented rice. Today it’s made with vinegared rice and fresh fish, presented in a number of ways and shapes. Common varieties of sushi include makizushi (sushi rice and fillings rolled up in nori seaweed), nigiri sushi (shaped, bite-size mounds of sushi rice with single slices of raw fish or similar draped over the top) and inarizushi (sushi rice stuffed inside pockets of inari; a type of seasoned, fried tofu).

Centuries before Japanese people were eating sushi, they first enjoyed raw fish without the rice. Sashimi, another iconic food of Japan, is basically raw fish or seafood and typically comes served with daikon radish, pickled ginger, wasabi and soy sauce. As both sushi and sashimi use raw fish as their base ingredient, they can sometimes be confused but they are actually not the same. Sushi has sumeshi (vinegared rice) formed either into a small ball with the fish placed on top or into a roll with the fish inside. Sashimi, on the other hand, consists solely of finely sliced pieces of fish. You can even replace fish or any other seafood with raw-beef, chicken or horse meat.

One of the three main noodle varieties eaten in Japan; udon noodles are thick, chewy, and traditionally made from wheat flour and brine water. Udon can be served in a number of different ways, but are most commonly used in noodle soups, where they are served in a savoury soup broth with different garnishes. Some of the most common udon noodle soup dishes include kitsune udon (‘fox udon’, topped with aburaage fried tofu), tempura udon (topped with tempura battered seafood and vegetables), and chikara udon (‘power udon’, topped with grilled mochi rice cakes).

Another very popular option to enjoy the oriental flavour is Ramen, a wheat noodles bowl served in a soy sauce or miso soup mixed with many kinds of ingredients. The regional varieties abound and the toppings may differ although they most commonly include fresh vegetables, mushrooms, boiled eggs, and sliced pork. Nevertheless, the most essential ingredient is the noodles – also made with wheat flour but unlike the udon, they are thinner and longer. It one of present-day Japan’s absolute favourite delicacies, costing very little and being widely available in restaurants and ramen bars.

Soba, the third type of Japanese noodles, is made of buckwheat flour, which is why its always grey/brownish in color. This gives them a distinctly earthy and slightly nutty flavour that works well with stronger flavours like garlic and sesame. Soba can be served hot in soups with toppings of spring onions, agetama tempura flakes, kamaboko fish cakes and/or grilled mochi), or cold with a side of tsuyu and garnishes of green onions, shredded nori seaweed, and wasabi. Its Tokyo’s favourite dish and dates back to the Edo period (1603-1868) when they became popular among Samurais.

Japan can thank the Portuguese for Tempura, as it was Jesuit missionaries in Nagasaki who first introduced Japan to the art of batter frying in the 16th century. Tempura are pieces or slices of meat, fish, and/or vegetables that have been covered in a special tempura batter and deep fried until they become crunchy and pale gold in colour. Special care is given to the way the ingredients are cut as well as to the temperature of the batter and oil for deep frying, so that every piece is made with perfection. You can have a sipping sauce or flavoured sauce to enjoy the dish.

Miso Soup is an essential Japanese food that’s served with any traditional meal. Tofu and sliced green onions, as well as ingredients like fish, clams, and pork, can be added and may vary by the season. The misoshiru is served before the main course in mostly every meal and with almost every dish, making it a must try if you really want to emerge yourself in the japanese gastronomic culture.

The list of food items cannot be completed without mentioning the most popular snack of Japan – Onigiri. It may just look like plain rice, but the rice balls are seasoned in different ways and are filled with vegetables, chicken, fish, pork, egg, and can be covered with a piece of seaweed. In Japan the dish is found in a multitude of places ranging from convenience stores, supermarkets, free fairs, sushi houses or even specialized establishments in oniguiri called onigiri-ya. Popular onigiri fillings include umeboshi pickled plums, seasoned seaweed, tuna mayonnaise, and teriyaki chicken.

Click here to read about Indian restaurants in Tokyo!

Have you read Neeraj Narayanan’s book – This Guys’s On His Own Trip yet? It’s right now #1 bestseller in the travel books category on Amazon. Click here to buy your copy! 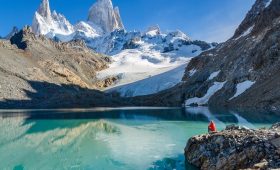 Mt. Fitz Roy: The Most Beautiful Trek in Patagonia 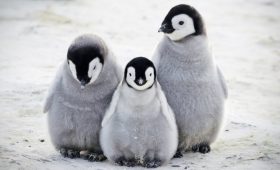 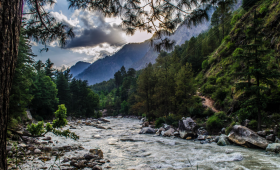