A few years back I read an article about Albanian people loving evening walks. So much so that they have a word for it “Xhiro”. In many towns, roads close to cars for certain hours. Apartment blocks get empty and everyone gathers at various places walking and talking like late night! It sounded lovely to me that people could be so chill and relaxed and love going on strolls so much that they could actually shut their towns to cars and more. That day I decided that I would visit Albania once for sure.

I went to Albania in 2015, and fell in love with the country. When I entered the bus at the immigration counter that separated Albania from Greece, forty pairs of eyes stared at me. In the entire bus, I was the only foreigner and there was only one other girl who spoke English. For the next four hours, the whole bus kept asking questions in Albanian, she translated, I replied, she translated again and there were cheers, approving murmurs, whispers, hooting. At 430 am, when I got down from the bus, the whole bus came down to wish my goodbye. On knowing I hadn’t booked any hotel, half of them (almost 25 people) walked with me through town in the middle of the night, despite my protests that I was completely fine, just to make sure I got a hotel. The driver waited patiently with the remaining passengers.

You can read that complete story here

I fell in love with Albania. Hopefully you all get to see it some day too!

1) Did you know that Mother Teresa was Albanian? Though born in Macedonia, she was born to Albanian parents and is the only Albanian to win the Nobel Peace Prize 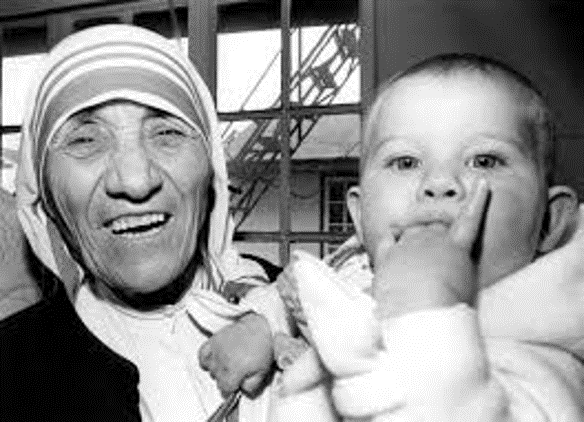 3) Let’s give you the good news. Its one of the cheapest European countries to travel in! Most of my meals cost me less than 3 euros. So I gorged on a lot of food! Yay!

4) Tirana is one of only two European capital cities that doesn’t have a McDonalds. The other is Vatican City.

5) There are reportedly more Albanians living outside the country than inside. Greece, Italy, US, Canada are some of the countries having many Albanian immigrants. Hundreds of thousands shifted after the fall of Soviet and Communism in 1991 and the ensuing economic crisis that hit all the communist countries

6) Never depend on an Albanian bus (also called Furgons) timetable. They go only when they are full, not according to the time listed. While I was in Albania, one backpacker told me how she was sitting in a bus going to the airport, and the driver suddenly stopped the bus midway and decided he was ending the journey then and there because there weren’t enough passengers. No amount of protests from the passengers sitting in the bus could convince him to change his mind! 😉

7) Till 1991, there were only 3000 cars in Albania for a population of 3 million!! Only Communist party workers were allowed to have cars then. Once Communism collapsed, more cars came in, and Mercedes Benz is the most common vehicle, even cabbies drive Mercedes.

8) Albania has a lot of flowers, a lot! (Albanian boys, perfect opportunity to make a girl happy). Park Llogara, a national park, has a lot of flora and fauna so you might want to visit it!

9) In many towns in Albania, you will see a scarecrow hung on a building, or hanging from a roof, a nail. Its like the scary masks/lemon that we put in India for “nazar”. Albanians believe that putting a scarecrow there brings good luck, and wards off evil spirits from the neighbourhood surroundings. Sometimes they put a teddy bear instead of a scarecrow. These scarecrows and teddy bears aren’t just tied lightly to the buildings, they are impaled or hung like a noose. 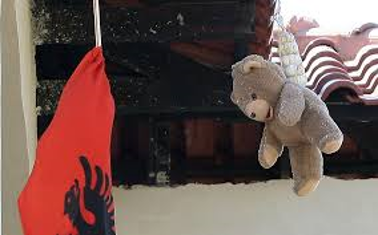 10) The national drink is Raki. It is a pretty strong drink, and that made in the villages will give you a really good high 😉

11) If you get a haircut in Albania, at the end of it, they give you a slap on the back of the neck. Naah, they don’t beat you up, its like a backslap 😉 And then they say “Me shendet” which loosely translates to “cheers” or “good health”. Haha!

12) Albania has a reported 700,000 military bunkers. These were built under the regime of Dictator Enver Hoxha. After the fall of communism, they are now all unused, and are scattered all across the country, on hills, in unused corners, some converted into small cafes and hotels. Isn’t it ironical, the country that built the highest number of military bunkers is also the same country that gave birth to the apostle of peace – Mother Teresa! Do remember, where there is bad, there will always be a lot of good as well. We evolve when we understand this, when we can see the brighter side and not just write off someone or something.

13) Albania has never won a medal at the Olympics. Aww you guys! Come, take a hug.

14) In 1995, a law was passed that required all citizens should pay a small tax for the traffic lights in their cities. The people in the town of Shkodra protested vehemently. Reason: the city has no traffic lights! Haha. Its a very pretty town, and the views of the lake from Rozafa fort are gorgeous

15) Last but not the least, Albanians don’t call their country ‘Albania’. They call it Shqipëri (The Land of Eagles). So which country should you kids definitely visit?? Bolo bolo…. yes… Shqiperi!!

1) The UNESCO heritage town of Berat. You have to go there to see how beautiful it is. As you  get down from your bus, and stand in front of the river, on the opposite side, you see the old town and a series of houses on the hills, in the typical Ottoman style of white walls and grey rooves. The Ottoman style looks at its most beautiful here in Berat. 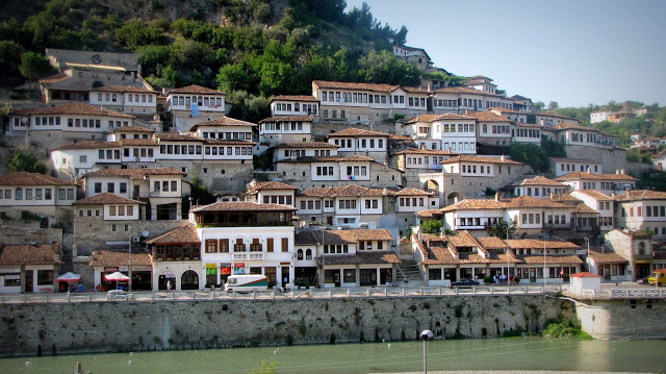 2) The southern town of Gjirokastra. A sleepy, laidback town. It doesn’t have the touristy crowds, no backpackers from Australia or Germany or Japan (the countries that travel the most), it has no pub crawls. But it does have a castle. Nobody understands English, but if you say “castle” they all smile and point to the top of a hill. And as you walk through the cobblestone narrow lanes, you wonder if you are two centuries behind in time. When you are travelling, its essential to also slow down, to be alright with just being, and not just partying or pubbing or going to the most popular places. Gjirokastra made me feel like that. Made me want to just sit in the castle and read a book, or write.

The complete story is here.

3) The Albanian Riviera – it attracts tourists from all over Europe. The seaside towns of Sarande and Himara are gorgeous.

How to reach Albania from India

It makes sense to combine your Albania trip with Greece as the two countries are neighbours. So I’d recommend that you fly into Athens, see some of the Greek Islands and then go from Athens to Albania.

Of course if you have less days in hand, you can directly fly to Tirana from India. Alitalia will probably be the cheapest airlines, flying from Delhi to Tirana via Rome. The journey will take 11 hours or more.

Do Indians need an Albanian visa?

Any visitor who holds a valid, multiple entry and previously used visa issued by a Schengen area country, United States, or the United Kingdom can enter Albania without a visa for 90 days.

If you don’t have any of the above visas, you will have to apply for an Albanian visa. There is no visa on arrival options for Indians.